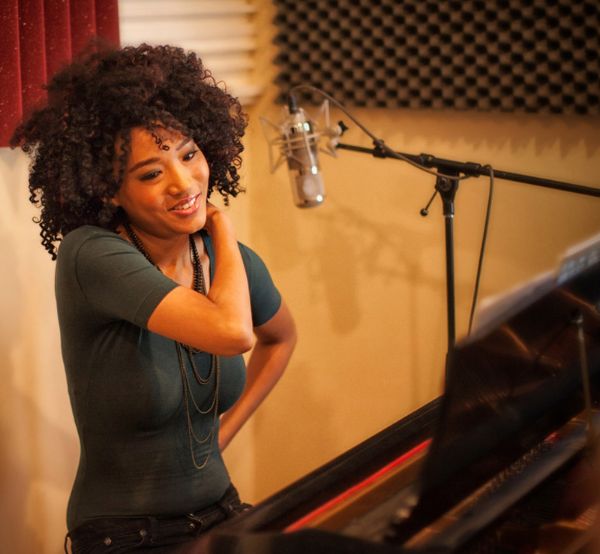 Judith Hill, who has appeared on “The Voice” and The Michael Jackson film “This Is It” has signed a record deal and is about to go out on tour with Josh Groban.

Groban’s “In The Round” Tour starts tonight at the Taco Bell (sic) Center in Boise, ID. Not only will Judith open for him, she will be performing 2 songs in his set with Josh; “The Prayer” and “Remember When It Rains.” Judith actually sings backing vocals on 3 of Groban’s most recent album “All That Echoes” and Judith will also go on her own headline tour this fall.

Praised by Rolling Stone for her “stellar powerhouse vocals,” Hill has signed with Sony Music. In addition to penning and performing her own material, Judith – who wrote her first song at the age of four – has backed such artists as the late Michael Jackson, Stevie Wonder and Elton John. Hers is one of the stories told in director Morgan Neville’s acclaimed 20 Feet From Stardom, a film that shines the spotlight on the untold true story of the backup singers behind some of the greatest musical legends of the 21st century. Hill, who was also featured on the film’s soundtrack, was a contestant on season four of “The Voice.”

Hill’s debut record will be available in early 2014.

Diagnosis: Yet another concert skipping over Los Angeles. This tour would actually go over well with an L.A. crowd too. Oh well….