05 Feb The Chili Peppers Admit Instruments Not “Plugged In” For Super Bowl! 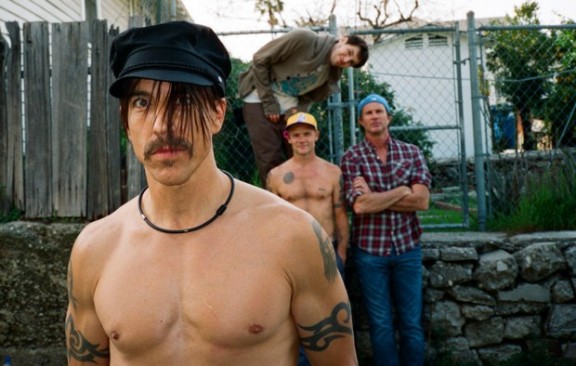 So those catching the Red Hot Chili Peppers did not seem to be playing live during the Super Bowl Half-Time show were right. Sort of.

The mics were on but all the instruments were played to a backing tape.

Flea of the Chili Peppers released a statement. Here are some highlights:

When we were asked by the NFL and Bruno to play our song Give It Away at the Super Bowl, it was made clear to us that the vocals would be live, but the bass, drums, and guitar would be pre-recorded. I understand the NFL’s stance on this, given they only have a few minutes to set up the stage, there a zillion things that could go wrong and ruin the sound for the folks watching in the stadium and the t.v. viewers. There was not any room for argument on this, the NFL does not want to risk their show being botched by bad sound, period.

I spoke with many musician friends for whom I have the utmost respect, and they all said they would do it if asked, that it was a wild trippy thing to do, what the hell. Plus, we the RHCP all love football too and that played a big part in our decision. We decided that, with Anthony singing live, that we could still bring the spirit and freedom of what we do into the performance, and of course we played every note in the recording specially for the gig.

We recorded a track for the day, just banged one out from our hearts that was very like in spirit to the versions we have been playing live the last few years with our beloved Josh on guitar.

For the actual performance, Josh, Chad, and I were playing along with the pre recorded track so there was no need to plug in our guitars, so we did not. Could we have plugged them in and avoided bumming people out who have expressed disappointment that the instrumental track was pre recorded? Of course easily we could have and this would be a non-issue. We thought it better to not pretend. It seemed like the realest thing to do in the circumstance. It was like making a music video in front of a gazillion people, except with live vocals, and only one chance to rock it. Our only thought was to bring the spirit of who we are to the people.

Diagnosis: They could have just ignored the rumors but wanted to address it quickly. Must have been frustrating for them to admit that.