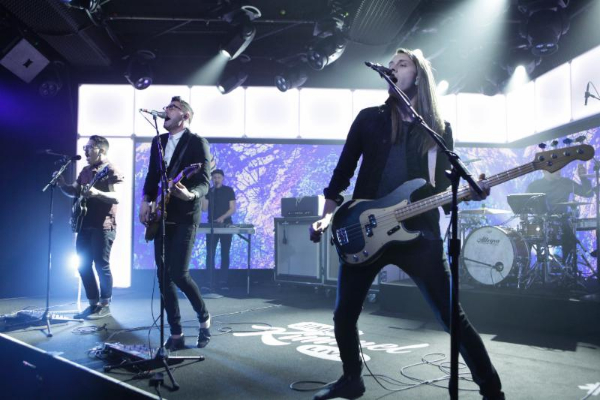 Following recent performances on VH1 Big Morning Buzz Live and FUSE’s Trending10, the five-piece will play a free poolside HOUSE session at the Viceroy Santa Monica on December 11th, then will head to Las Vegas on December 12th to play the Hard Rock Cafe Hotel & Casino with Bush, and will wrap up their 2014 tour on December 15th in Salt Lake City at The Complex, performing with Billy Idol and Bleachers.

Diagnosis: The band has been on a nationwide tour with The Kooks and White Arrows in support of their new Weekend EP, including performances at Live In the Vineyard and Life Is Beautiful fest. Their single ‘Weekend’ went Top 10 on the Alternative charts and is currently at 50+ Pop radio stations across the country and counting. The song is also featured on ESPN Sportscenter Gameday throughout the football season. The band will release their Warner Brothers Records full-length debut in Spring 2015.