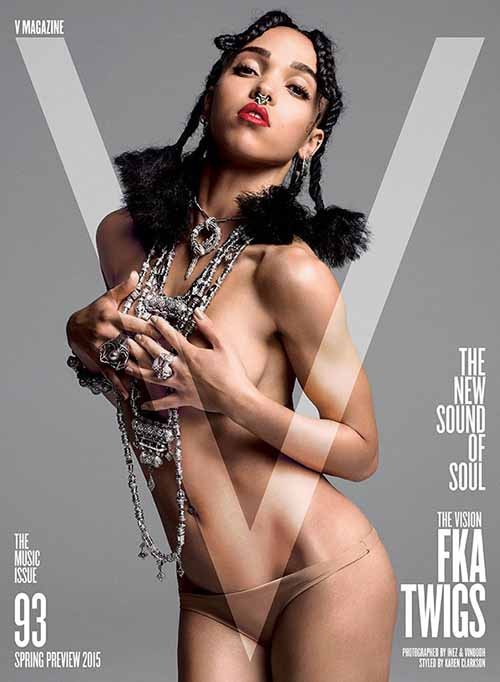 FKA Twigs made several best of 2014 lists but if you label her as “Alternative R&B” you are just not getting it. She explains what she means in the new V magazine music issue. where she has posed topless.

“R&B is R&B — it doesn’t need an alternative. There are plenty of artists now experimenting with electronic music, manipulating sounds. We can make a train into a synth. We can make drips into hi-hats. I can record sounds on my phone and make a song out of a city. I don’t know what that has to do with R&B.”–DocFB

Diagnosis: Who are we to disagree?