08 Feb Awesome! Tegan And Sara To Reteam With The Lonely Island For Oscar Performance! 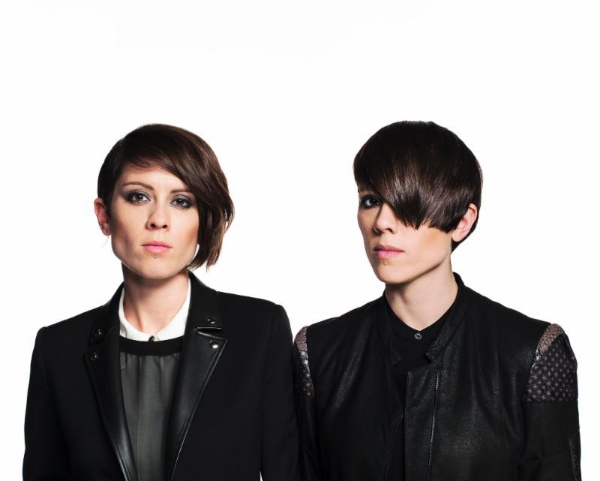 Pop duo Tegan and Sara and comedy-music trio The Lonely Island will perform the Oscar®-nominated song “Everything Is Awesome” at the 87th Oscars, show producers Craig Zadan and Neil Meron announced.

The Oscars, hosted by Neil Patrick Harris, will air on Sunday, February 22, live on ABC.

“Tegan and Sara and Lonely Island?…..Everything Is Awesome, indeed. This is certainly an ‘Only on the Oscars’ moment,” says Zadan and Meron.

Everything Is Awesome,” written by Shawn Patterson for the animated feature “The Lego Movie,” is nominated for Original Song. The four other nominated songs are “Glory” from “Selma,” “Grateful” from “Beyond the Lights,” “I’m Not Gonna Miss You” from “Glen Campbell…I’ll Be Me” and “Lost Stars” from “Begin Again.”

Diagnosis: The 87th Oscars will be held on Sunday, February 22, 2015, at the Dolby Theatre® at Hollywood & Highland Center® in Hollywood, and will be televised live on the ABC Television Network at 7 p.m. ET/4 p.m. PT. The Oscars, produced by Zadan and Meron, also will be televised live in more than 225 countries and territories worldwide.

Everything Is Awesome, Oscars, Tegan And Sara, The LEgo Movie, The Lonely Island