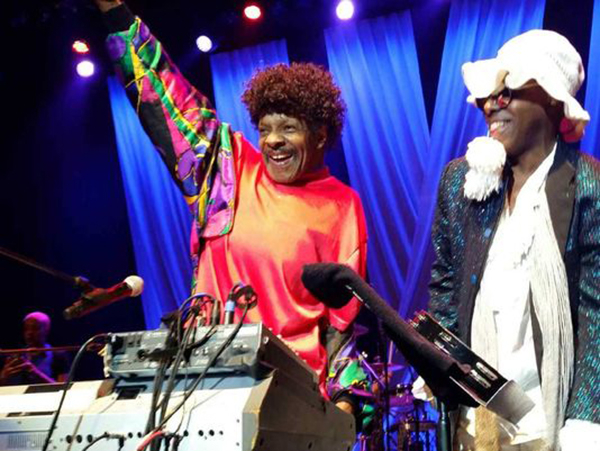 Although Family Stone band members have been in touch recently with Sly Stone, the band was taken by surprise when the funk legend joined the band to perform “If You Want Me To Stay” playing keyboards.

The performance happened this past Sunday August 23rd at the Count Basie Theatre in Red Bank.

“It was quite a surprise, a pleasant surprise and it was cool,” said Family Stone member Greg Errico. “I couldn’t see people’s faces in the audience but everybody told me there was a lot of crying going on — it was emotional.”

The band members were told moments before that Sly would be joining them on stage it is being reported.-DocFB

If You Want Me To Stay, Sly Stone, Surprise Performance, The Family Stone