Posted at 06:38h in Music by drfunkenberry 14 Comments
0 Likes
Share 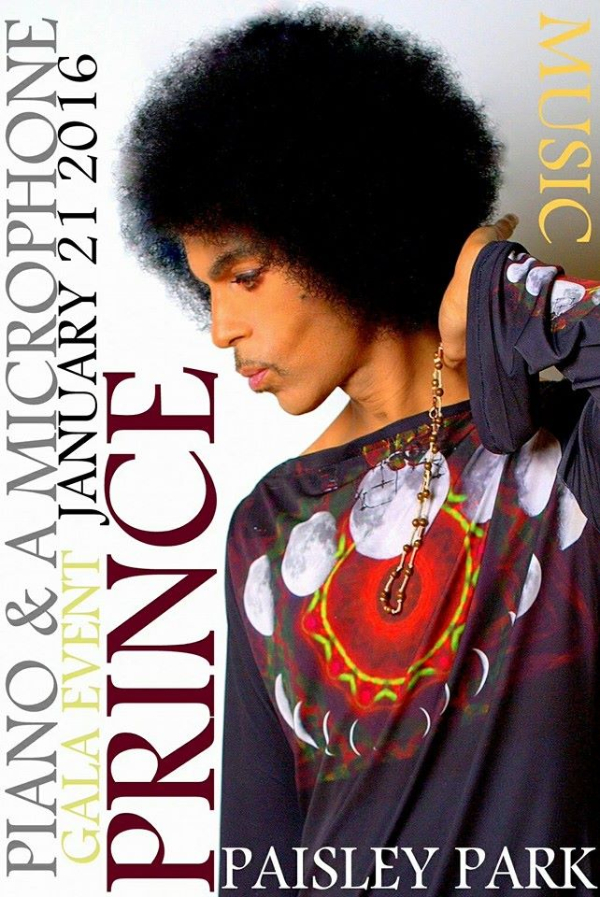 After a little bit of teasing on Twitter (Twitter teasing), PRINCE announced an event at Paisley Park to take place on January 21st, 2016, later this month.

The poster image tweeted out shows Piano And A Microphone which was supposed to be the tour overseas late last year before the Paris attacks. So you would get to see PRINCE in his own studios performing with a piano and a microphone.

The price for admission has not been announced yet nor if tickets will be sold in advance. Usually for Paisley Park events, you pay at the door and not ahead of time. If anything changes and when price is announced, we will keep you informed.

We told you we had a feeling this year was going to be a big one just a few days ago.-DocFB

Diagnosis: No idea what the weather will be but there WILL be a snowstorm of Funk and sweat inside Paisley Park on the 21st of January.