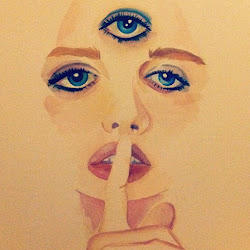 3rdEyeGirl TV returned just after the PRINCE Spreecast ended like most thought. Along with tour rehearsals, a 3rdEyeGirl spoke in the chat teasing info. The show kicked off with a room in Paisley Park with 2 candles with an over 5 minute live version of "EXTRALOVEABLE" playing with the full NPG and 11 horn players and Prince ending it asking for medic and 911. 3rdEyeGirl later explained one of the horn players was on the ground at that point. For more of what was played, the tour tease and more click here!
Read More