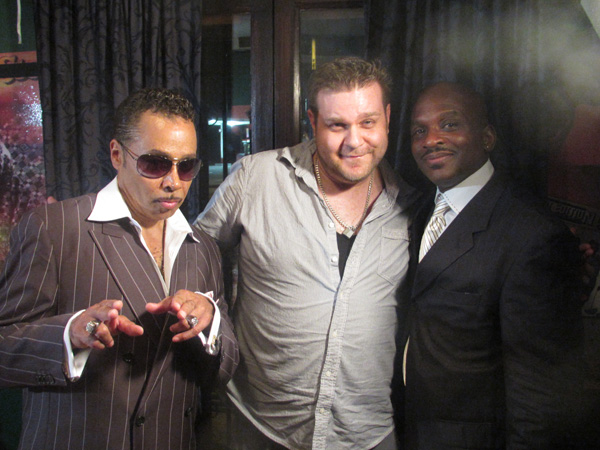 When I ran into the Time in August, there was no mention of a name change. All they told me is that everything is coming together and its time, for them, to return.

In mid-September, it is announced they are now called The Original 7ven (The band Formerly Known As The Time) and have a new album, “Condensate” which is out now.  The Original 7ven consists of all the original members of The Time, Morris Day, Jimmy Jam. Terry Lewis, Jesse Johnson, Monte Moir, Jellybean Johnson, and Jerome Benton.

A member of The Time calls me about the name change.  “Ahh.  We got you on that, didn’t we?  We were able to keep it a secret until we wanted it out there.” 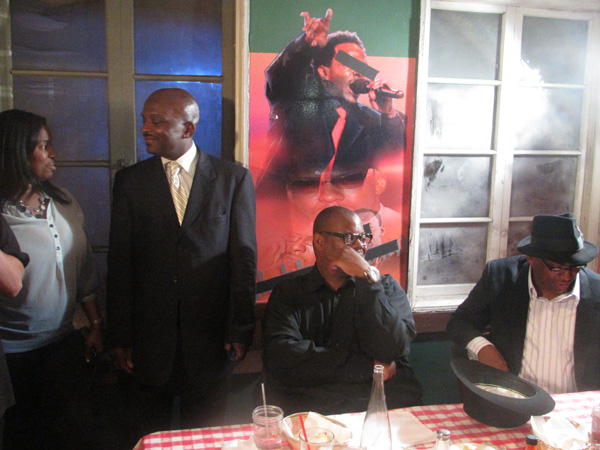 So, I am thinking before we have this conversation about the name change.  About how dirty it is going to get between Prince (who owns the name The Time) and members of the group formerly called The Time.  I’m expecting a few curse words about their old boss and touring buddy.  What I was not expecting was what they actually said.

“So why the name change?  What happened”

“Doc, we love Prince.  Love.  We are friends.  Been friends since we were 11 years old.  He told us that he did not want us using the name.  That he owns it.  We were not going to fight him.  Friends do not fight over business.  We decided to come up with a new name and move on.”

“OK, but why The Original 7ven?  Why not Flyte Tyme?  What made you use that name?”

“We could have easily used Flyte Time but we decided to go where people did not expect us to go.  This is a name we can call all our own.”

“But you guys have been touring underneath the name for 30 years.  Why the problem over the name now?”

“Doc, in the past few years, when you have went to see The Time, who was playing?  Was it all 7 of the original members?  No.  Now, when you see the name The Original 7ven, you know it is us.  All of us. Not just a part here and there.” 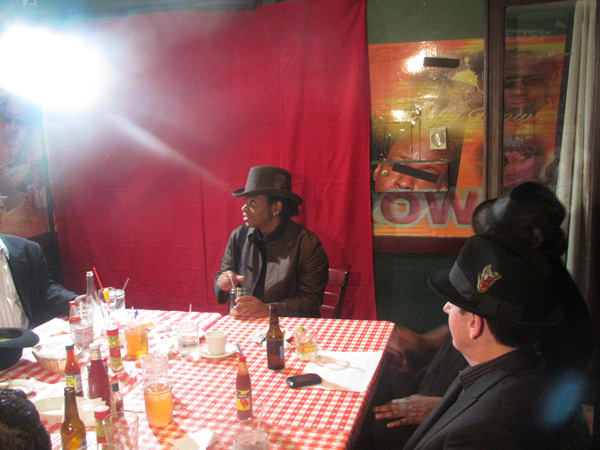 Their new song “#Trendin” was released as a 40 second sample and at first, people were slamming it, saying it was not funky.

“How can people judge from a 40 second sample if a song is bad?  They need to wait and we are sure they will be satisfied with the new single and the new record.”

The talk came back to Prince and the band.

“Prince feared us even back then.  We were the only band that he was afraid of.  What does that say about us?  All of us have been fired by Prince at one time or another.  We still love him though.  It was business to him and we understand that.” 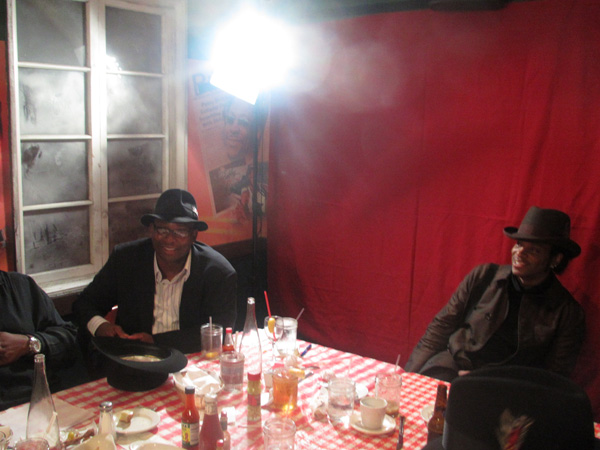 A month passes by and I talk to the band during rehearsals for their upcoming show in Los Angeles at Club Nokia and they tell me they will be also be playing in Minneapolis and New York shortly.

The band sounds tight as they run through new songs and classic favorites.

“We had so many songs to choose from that we recorded.  We were waiting for the right deal to come along and we feel we have it.  We feel real fans of The Time are going to love it.”

But will the name change stick?

They are proud of the new album and cannot wait to tour with it and are looking forward to being on The Tonight Show With Jay Leno on October 27th.

The Original 7ven are legends.  Although not all of them were in “Purple Rain” the greatest rock and roll movie ever made, it solidified them and made them achieve cult status, being mentioned and featured in “Jay & Silent Bob Strike Back” by Kevin Smith, a huge Time and Prince fan.

When the talk of Purple Rain came up, they had this to say;

Interesting.  Although they may be called The Original 7ven now, there is no reason to believe they are still not on Time.  The new record is a slice of funk for those that remember the Minneapolis Sound and allow it to be updated and not just stuck in the 80’s.-DocFB

Diagnosis:  They Are Not Sweating, They Are Condensating