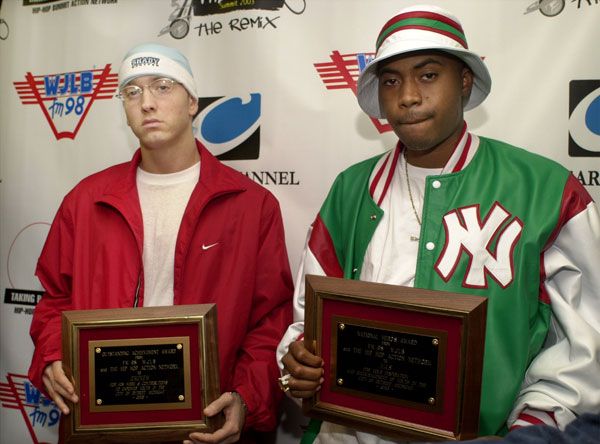 Eminem, who was to release his CD last December, then slated for April of this year, has been recording new material at a feverish pace.  So much so, he will have 2 new CD’s dropping in September of this year, entitled Relapse & Relapse 2.  Expect the second title to be changed.  Friend to the Dr. Funkenberry web site Kip Blackshire has been recording hooks for a couple of the Eminem tracks.

Nas is recording his new cd now. He is hooking up with Damian Marley again, after the success of 2005’s Road To Zion record.  It will be an EP release, not a full CD and is scheduled for release this spring.  We will have more news on both releases soon.-Dr.FB