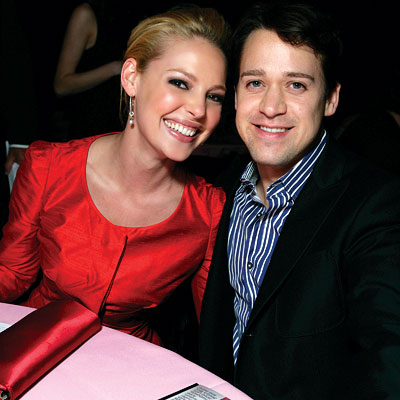 Well Grey’s fans, your show is about to take another shit hit; Katherine Heigl and T.R. Knight are leaving the show at the end of the season.

Katherine has been super hot movie wise and felt it was time to move on last season while criticizing the writing underhandedly, and T.R. hasn’t been too comfortable for a while on set with his role.

The News was confirmed when Us Magazine interviewed fellow castmate James Pickens Jr.

The interesting this is, both actors are still under contract but the way it is being worded is that they will be allowed out of their contracts.  Is it the recession why ABC is allowing this to happen or fed up with diva antics?  Time will tell as we will be surprised if no drama comes from this.

Do you guys even watch Grey’s anymore?  It seems so cheesy lately that all it’s advertising should be bought by Kraft!-Dr.FB