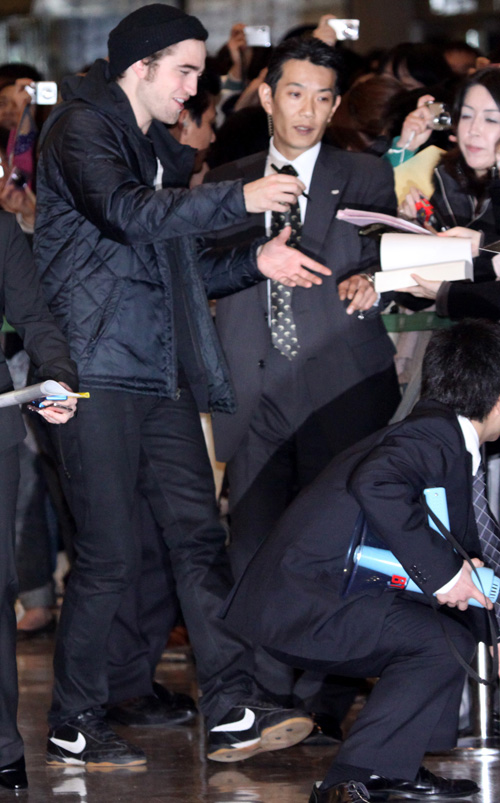 After a long flight out of LAX in Los Angeles in Monday, Robert Pattinson touched down in Tokyo and with him, many fans of the Twilight Star.

Robert was gracious enough to stop for photograghs and sign autograghs. His newfound success has not gotton to his head, as it seems for many of the so-called “New Hollywood”. He has recently waxed off the Uni-brow and is looking better than ever.

The Japanese premire of “Twilight” is this friday.-Dr.FB