11 Mar Robert Pattinson Gets His Canadian Stroll On 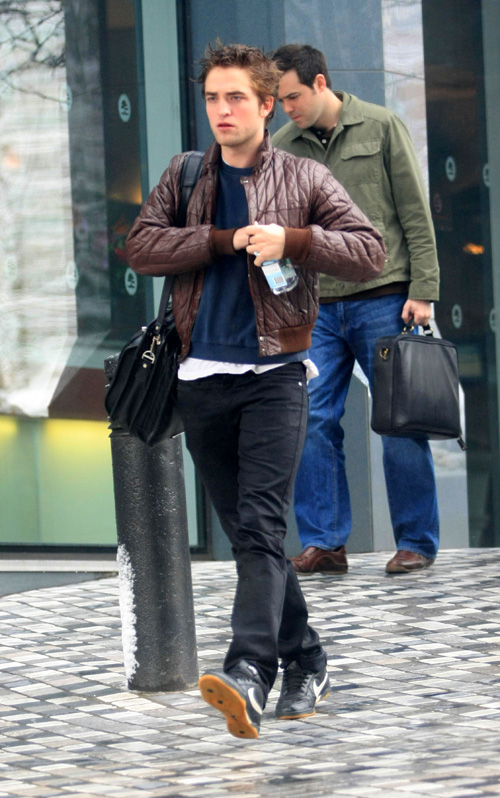 Robert Pattinson Out & About In Canada. Photo: Andy Johnstone For INFDaily.com

Robert Pattinson’s world of domination tour has landed him in Canada.

Canadians should get used to the actor as he blends in with the common folk.  Robert will be filming the sequel to “Twilight”, entitled “New Moon”, which we confirmed on Saturday that Dakota Fanning joined the cast officially.

He appears freshly groomed and is just relaxing before filming starts and his fangs come out of hibernation.-Dr.FB