20 Mar Kelly Osbourne Is Back And Ready For ‘Osbournes, Reloaded’ 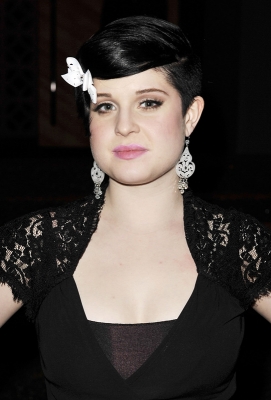 It’s Ms. Kelly baby! She’s back from her January stay in rehab an this chick is looking mighty refreshed.  Third time’s the charm? Let’s hope so.

Kelly became addicted to liquid vicodin, getting her first taste of it at age 13.  She attempted to rehabilitate herself  in 2004, 2005, and again in 2009. ” I knew if I didn’t get help, I would die”, she told People Magazine.  “I’m getting a second chance (at my career) and want to be present for it”, she added.

Her rehab came just in time! The whole Osbourne clan returns to FOX Television on March 31, “Osbourne’s Reloaded”. Can we call it a reality show?  Whatever it’s called its gonna be nutty as hell, I can’t wait.  🙂