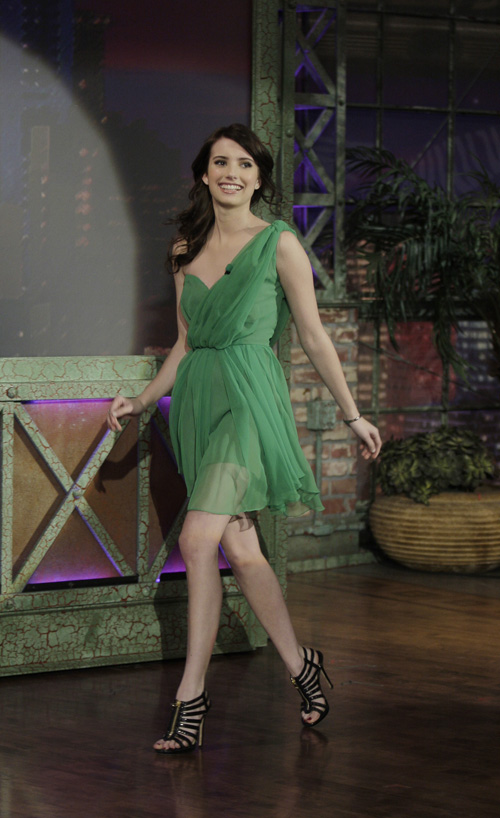 All it took was one performance from Prince for him to be Emma Roberts pick, or pic so to speak.

Emma was a guest on the Tonight Show With Jay Leno during Prince’s Tonight show record 3 night run last week, before his epic 3 shows at L.A. Live Saturday night.

Emma Roberts saw Prince perform “Dreamer” from his new 3 cd set “Lotusflow3r” on sale at Target or by downloading at Lotusflow3r.com and the 18 year old actress was enamoured by his performance.

While everyone was paying attention to Prince handing his guitar to a fan in the audience, Emma had her eyes on a prize. Prince threw his guitar pic on to the ground before the handoff of the guitar.  While no one was looking and after Prince walked off stage, Emma ran and picked up the guitar pic!

She has been keeping it in her purse and is very proud of the pic with Prince’s symbol on it. Emma discussed her Prince moment on Jimmy Fallon’s show last night.  Today? She is most likely the envy of many Prince fans.-Dr.FB