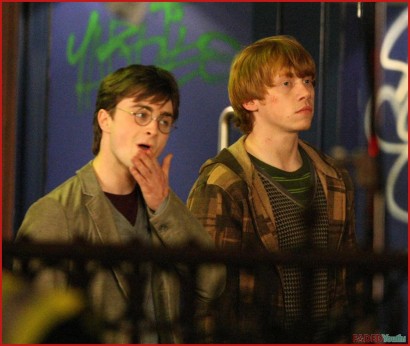 Faded Youth got their hands on some of the first photos of the Harry Potter Trio of Harry, Ron, and Hermione (Daniel Radcliffe, Rupert Grint, and Emma Watson), from the set of the final two Harry Potter films. 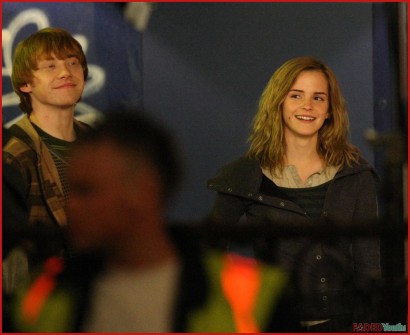 Harry Potter And The Deathly Hallows, Part I and II, are filming concurrently, at the Potter home base of Leavesden Studios, as well as  in and around London, and in Scotland. 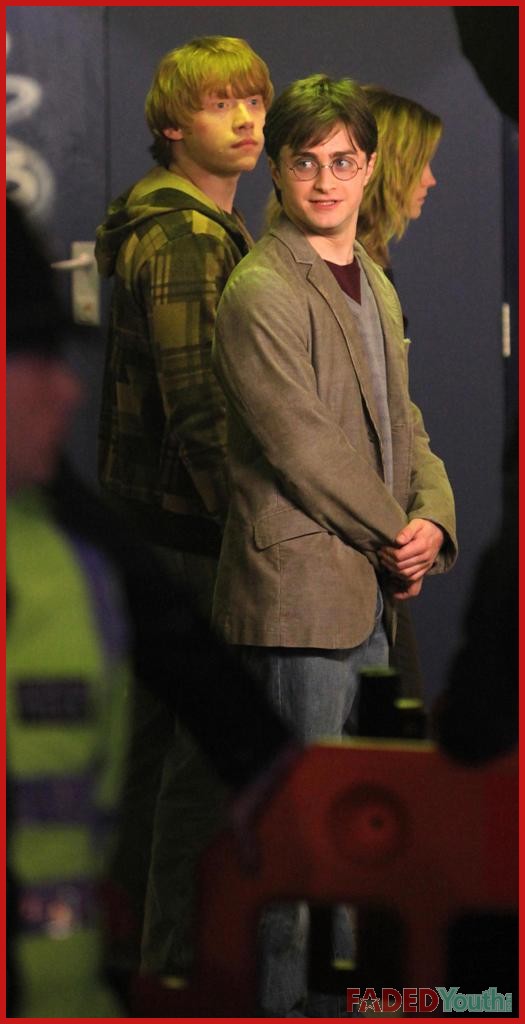 These photos are reportedly from scenes being filmed in Picadilly Circus, and more can be found here.

Not to be outdone, Brazilian HP fansite Oclumencia.com.br has released a TON of set pics from what are apparently the post-wedding scenes of the early chapters of Deathly Hallows. Minor spoiler: Those who have read the book recall that an idyllic summer wedding at the Weasley home (The Burrow) is violently interrupted by a raid of Death Eaters, and our three young heroes have to make a hasty escape to the streets of London. Have a look at our golden trio dressed to the nines below: 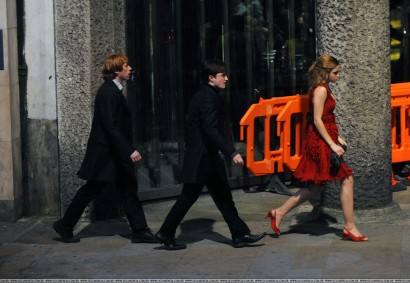 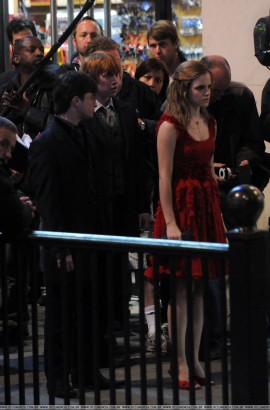 Tons more here where those came from.

The movie adaptation of the penultimate book Harry Potter And The Half-Blood Prince is due in theatres this summer on July 15.