26 Apr From Gossip Girl To Singing Girl, Leighton Meester Has It All 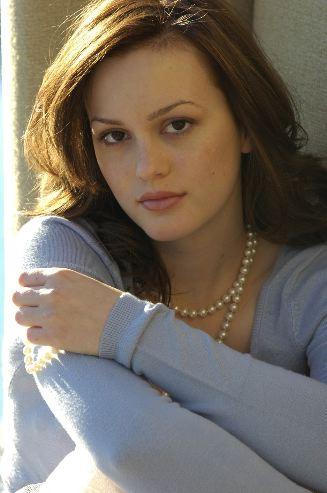 She has sung on several episodes and has sung and said to anyone listening she wants to be a singer. Universal Republic Records is

willing to make that happen.  Here is the press release released last Thursday because we couldn’t make this up ourselves. :

Universal Republic Records has signed celebrated actress/singer-songwriter Leighton Meester, star of the CW’s hugely popular drama ‘Gossip Girl,’ through an agreement with Time-Act Music to release her debut album this fall.   Possessing a self-described “passion for music for as long as I can remember,” the multi-talented 23 year old star has been recording the new album in Los Angeles with some of today’s hottest producers including Harvey Mason Jr. (Justin Timberlake, Pink), Polow Da Don (Usher, Fergie, Kelis) and Spencer Nezey (Jupiter Rising).

“Leighton Meester’s tremendous presence and spirited approach to her musical artistry is a perfect fit with her new Universal Republic home as we introduce current and new fans to this unique facet of her immense talent,” stated Monte Lipman, President and CEO of Universal Republic Records.

“Leighton brings boundless energy, focus, and a one-of-a-kind perspective to every facet of her music,” stated Tom MacKay, Senior Vice President of A&R for Universal Republic.  “We’re thrilled to be working with such a consummate artist.”

“I’m thrilled to be welcomed into the Universal Republic fold,” stated Leighton.  “Their reputation for nurturing artists combined with a willingness to break new ground makes it the ultimate environment for me to enjoy making music and explore my own creative boundaries.  I look forward to a great working relationship.”

The versatile artist has built up a solid resume of singing/acting performances the past few years, including a singing role in the 2007 movie Drive Thru and a memorable duet with the legendary Tony Bennett on the hit HBO series ‘Entourage.’  Citing diverse musical influences such as M.I.A. and Gwen Stefani, she has hinted many of the new songs on her debut effort favor an electro-pop edge.  Most recently, a ‘leaked’ cover version of the Awesome New Republic song “Birthday,” featuring Meester on lead vocals, has been embraced by online fans around the world.

Meester, who has built a global following thanks to her acclaimed portrayal of the character Blair Waldorf in ‘Gossip Girl,’ has also appeared in TV shows such as Surface, CSI:Miami,  8 Simple Rules, 24, House, and others.  She has recently been signed to star in the upcoming Sony Screen Gems thriller ‘The Roommate,’ directed by Christian E. Christiansen.

Congrats to Leighton and look forward to posting the first single and hopefully not clowing in it.-Dr.FB