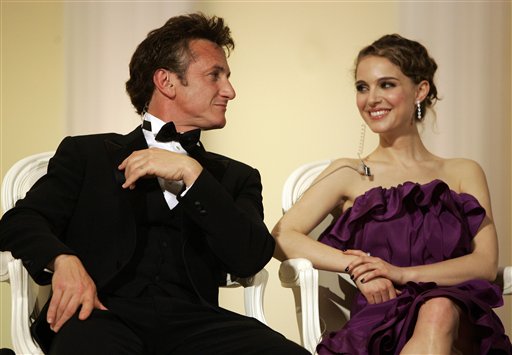 Did Natalie Portman end Sean Penn’s marriage to Robin Wright-Penn?  If you believe reports, then yes it is true.

They hooked up shortly after the Oscars as we heard about celebrating with her face.  He is most likely using Natalie to end the marriage as he was unhappy and it was getting close to leaving Robin over the past few years.  That is how Sean is ever since Madonna back in the day, make sure there is someone under you before you fall.

At least his choices of who is under him have improved in 15 years.-Dr.FB