22 Sep Did David Beckham Cheat On Wife With A Hooker? 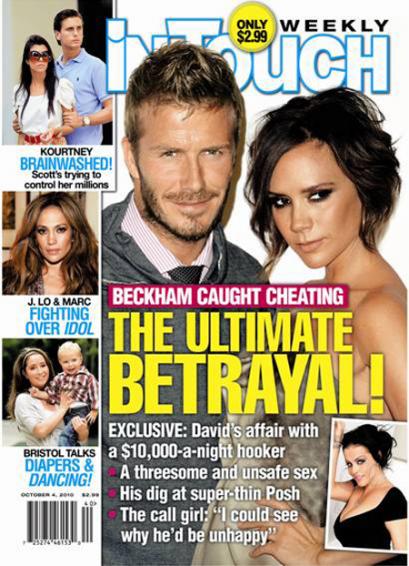 Wow.  Intouch magazine has an interview with a hooker that claims David Beckham was a client of hers.

She also claims that they had threesomes unprotected although at the end he would pleasure himself for the final release.  Goaaaaaaaal!

The hooker also claimed that he would bad-mouth his wife Victoria Beckham and that he is a total butt-man and not so much into the breasts.  Hmm.  Wouldn’t Posh get breast surgery every few years or so?

We have a hard time believing this story.  We don’t want to believe it but after Tiger, anything is possible.

Do you think Becks cheated?-Dr.FB