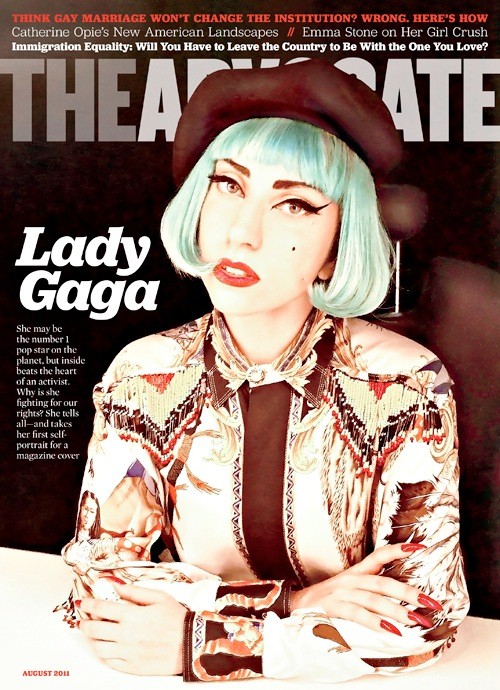 Lady Gaga has a lot of gay fans. So does Bed, Bath, and Beyond. Others are saying she is using the gay community to sell cd’s.  Instead of ignoring the comments, Gaga did an interview with The Advocate to talk about it and deny it.

Gaga states this about using her gay fans; “one of the most ridiculous statements anyone can make about me.”

She also tells The Advocate that “I would say the top thing I think about every single day of my life, other than my fans, loving the music, and my family being healthy, is social justice and equality.”

Hmm.  She cares about her gay fans. So what?  She cancelled a lucrative deal with Target for her “Born This Way” special edition set to be carried exclusively by the retailer after outrage from the gay community for Target’s stance and contributions to anti-gay businesses.  So, it really is not using when she has passed on business deals that would help her by protecting them and understanding she has a pretty big gay fan base.

Do you think Lady Gaga is using her gay fans?-Dr.FB

Diagnosis: Much Ado About Nothing