Posted at 08:35h in Sports by drfunkenberry 4 Comments
0 Likes
Share 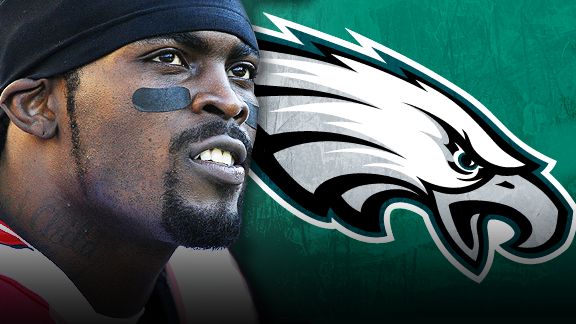 You wanted the bulls-eye you got the bulls-eye.  It was only a preseason game but it lead off Sportscenter.  The NFL dream team the Philadelphia Eagles got beat by the Pittsburgh Steelers 24-14 in a game where Michael Vick threw 3 interceptions in the first quarter.  It’s only preseason though right?  Kinda like Allen Iverson n practice.

The Miami Heat of the NFL is showing us something, even if it is preseason.  They are showing us there is a pretty good chance they are not going to handle the pressure of being the most hated team in the NFL.

I am going to say it loud and clear; the Eagles are overrated.  Take it from a Dallas Cowboys fan who had to hear for the past 3 of 5 years that the Cowboys are going to be Super Bowl favorites only to see that star get smacked off the helmet year in and year out.

The Eagles come off as such douchebags that the Patriots are being ignored and loved, all at the same time.  Tom Brady gets the supermodel wife and Ocho Cinco?  Michael Vick was already in hot water this week when Vick  said he wanted to sign with other teams and not the Eagles, but Goodell lead him to Philly.  Sounds fishy.  What if they actually win the Super Bowl?  Already karma is working against them.

The Green Bay Packers are built to get back into the playoffs and defend their championship.  The NFC East where the Eagles are at?  It will be the Cowboys coming out in that division.  They have a new head coach in Jason Garrett who has 2 super bowl rings to motivate Romo, Whitten, Austin, Dez, Felix, Choice, Ware, Spears, Ratliff and more.

It was only preseason but if you can’t handle a preseason game being the target, how can you handle the regular season?  See me in January and let’s see if the Eagles are still being talked about in the Super Bowl.-Dr.FB