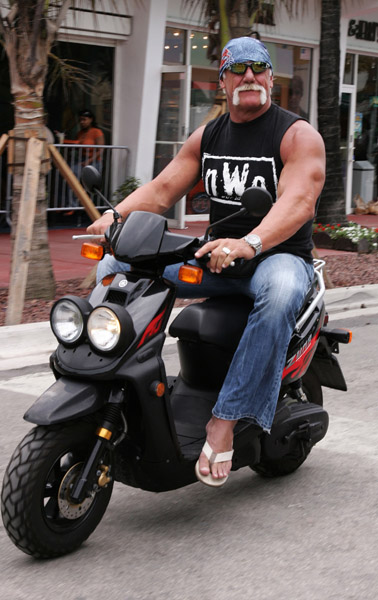 Hulk Hogan was just a guest on Howard Stern where Hulk admitted that he slept with his friend Bubba The Love Sponge’s (& you thought drfunkenberry was a funny name?) ex-wife. It was with Bubba’s blessing though.

Bubba’s ex-wife, Heather Clem, had sex with Hogan 6 year’s ago and appears on the sex tape that is being shopped around of the Hulkster.

Hogan said he cheated on his wife Linda at the time because he forced him to have sex outside the marriage by being emotionally and verbally abusive to Hogan. Hmm.

So we won’t have to watch the video, Hogan said that he was not giving a great performance in the tape. He says he does not know who released the video but will be pressing charges by anyone trying to sell or release the tape.-DocFB

Diagnosis: Maybe If Hulk Said His Prayers & Ate His Vitamins, He Woulda Had A Better Performance, Brother! I Kid Hulk, I Kid!