24 May Bobby Z. Will Play “Purple Rain” With PRINCE At The Myth! 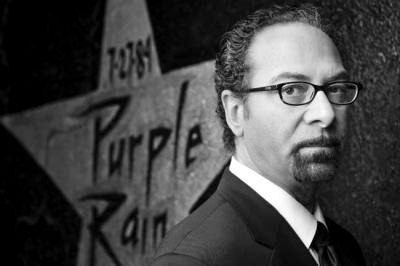 Bobby Z. announced via Twitter this morning that he will be playing “Purple Rain” with PRINCE & 3rdEyeGirl Saturday at the Myth in Minneapolis!

In 2011, Bobby Z. suffered a heart attack and PRINCE reached out to the former Revolution member through DrFunkenberry and stated that he wants Bobby to get better and play “Purple Rain” with him one more time. The icon stated then:

“Nobody plays drums on the song “Purple Rain” like Bobby. Never flashy or loud, he plays like a slow burn love song. Bobby’s way of playing made each live rendition of the song better than the last.”

I will be playing Purple Rain with Prince at the Myth on Sat night! @3rdeyegirl, #PRINCE, #purplerain

We contacted Bobby Z. regarding his announcement and he had this to say:

“I am honored to be asked by Prince & the incredible 3rdEyeGirl 2 play Purple Rain with them!”

There are rumors (According to John Bream, we started them) that The Myth will be one long show instead of 2. So far, it is still 2 shows and we do not know yet which one Bobby is playing. Both? You don’t want to miss this!