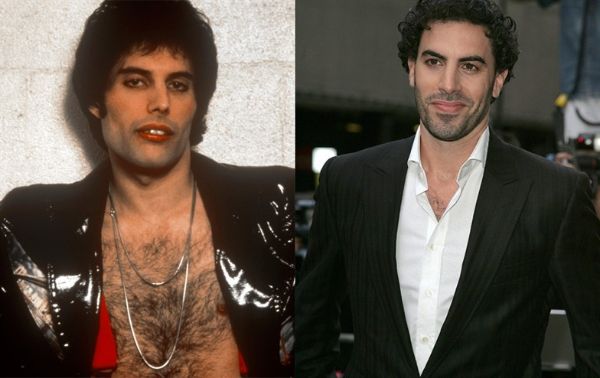 When it was announced that Sacha Baron Cohen was going to play Queen front-man Freddie Mercury, I was intrigued. Sacha has dropped out of the movie and it kinda sucks!

Deadline.com broke the story saying that Cohen was dropping out due to creative differences.

The band wanted a PG version of the movie and Cohen wanted it to be a hard-hitting piece, especially covering his death from AIDS.

Who will replace Cohen in this film?  An unknown?

As for things being a little more true to life when it comes to music film biographies, “Ray” about Ray Charles was not PG. It was PG-13. There was no nudity and I have a feeling that Cohen wanted to go all out and put it out there how Mercury really was.  He wanted it to be true and not downplayed.-DocFB

Diagnosis:  Really not sure who will play Mercury now.  If anyone suggests Adam Lambert, I will not talk to you.  Lambert is great playing with Queen but he is not Freddy and should not play him.