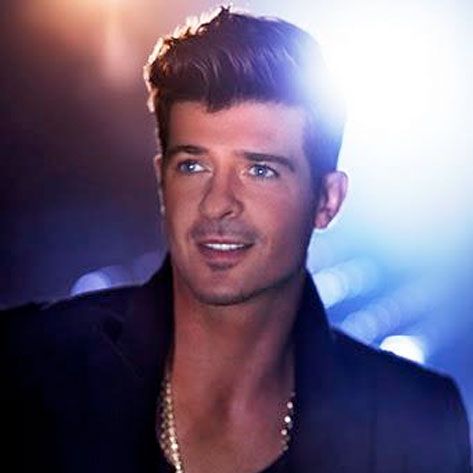 Robin Thicke will be performing “Blurred Lines” on the MTV VMA’s along with Katy Perry performing “Roar” and Miley Cyrus performing “We Can’t Stop” on the show.

The new category “Song Of The Summer” will feature Thicke and Cyrus going to head to head along with Daft Punk, One Direction, Selena Gomez, and Calvin Harris with Ellie Goulding.

Interesting that Thicke is performing on the show since he stood in for Daft Punk on The Colbert Report last week since Daft Punk is supposed to be a surprise performer on the award show. MTV does not like anyone performing on anyone’s show at least a month leading up to the show. So anyone who performed on the Teen’s Choice Awards on Sunday will not be asked to perform on the MTV VMA’s.

Stupid rule I must say and hurts the artists and fans.-DocFB

Diagnosis: So who will MTV give the “Song Of The Summer” award to? “Blurred Lines” is the song of the summer by radio play alone. Yet we know that is not how MTV works so will most likely give it to Daft Punk. Oh well. At least the performances should be good!