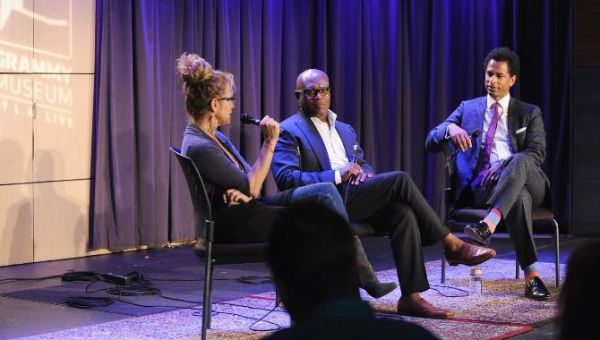 There was a Prince panel discussion at the Grammy Museum entitled “Who Is Prince Really” that had Touré’ L.A. Reid, and Susannah Melvoin on the panel. The panel was to have Alan Leeds as well but he was sick.

Susannah was a little late to the panel but the panel was starting late anyway. Tour’e was talking about his book “I Would Die 4 U: How Prince Became An Icon” on Prince and telling us how he came to the conclusion of Prince being an icon in a very tough time period for him to do so.

In came Susannah and the storytelling started…..

To read the rest of this article, click here….

What I am going to do here instead of jumping around is get to the point of what each person said about Prince that was interesting. We will start with Susannah.

Susannah talked about the first time meeting Prince at a Christmas party where he and Vanity where wearing the same clothes they would wear to their famous Rolling Stone cover shoot. Susannah introduced herself as Lisa’s sister (Not Wendy’s) and while she was talking with Prince and Vanity, Prince started pinching Susannah’s cheeks with Vanity following, calling her cute.

Another story had Prince flying to L.A. in 1983 to stay with Lisa and Susannah and Prince sleeping on their couch and the cats the girls had just would not leave Prince alone while trying to sleep. He would yell for Susannah and Lisa to get them out of the room but they would just ignore him and laugh.

Susannah also discussed leaving Quincy Jones for Prince as Prince wanted her to be a part of his musical family.  She called him after midnight and Quincy said if this is keeping you up to where you can’t sleep, you should join his family.

Melvoin also talked about how people felt he had a God complex. Stating one time when Chick Huntsberry (Big Chick) was riding with Prince in the back of a limo in 1985 during his L.A. Forum shows, Prince told Chick he was Jesus Christ. Let’s see; the biggest star in the world in his 20’s; a person blessed with tremendous talent. We could see someone feeling that way. He was on top of the world. Number 1 tour. Number 1 Album. Number 1 single. Number 1 movie. Wouldn’t you feel like that? I’m sure looking back, I would say “I never said that!” Tremendously blessed? Heaven yes!

Someone from the audience wanted to know what inspired Prince to write the title track to “Sign O’ The Times” and Susannah said “I could tell you, I was right there when he wrote it.”

She said there was an earthquake in Los Angeles that freaked Prince out and he wanted to leave L.A. now. They looked at the front page of the L.A. Times and it said in big bold letters of someone dying in France of AIDS. With the earthquake and the front page being so vivid in his mind at that time, he wrote the song. 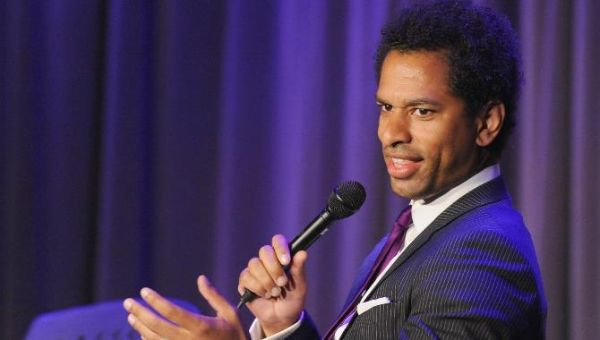 L.A. Reid talked about how Prince called him when he had no name and wanted to talk to him. He picked up the phone and Prince started by saying “How can you sell what belongs to our people just to work for them?” He was talking about when L.A. Reid and Babyface were selling the LAFace record label. Reid was surprised by Prince because that was the first time they ever talked and he was talking to him like he knew him his entire life.

He said Prince would constantly fax him messages to “Free TLC” all the time. He said that Prince had a big problem with TLC having to file for bankruptcy with the hits they were having like “Waterfalls”.

Reid started talking about how he was a big fan of Prince…although he thought “Bambi” was on the Dirty Mind album. He brought up how he was in a funk cover band with the Jeri-curl, lip gloss, and the outfits. He also wanted to point out that he was “Straight As Fuck” and still dressing like that. OK there buddy.

Reid then talked about Prince performing in Atlanta at the Fox Theatre with Larry Graham and Chaka Khan and wanting to make sure that L.A. Reid came. He called him several times and even called his secretary the day of to make sure he was coming.

He arrived and during the show, Prince saw him and looked at Reid and said “Slavery is still alive in the South.” TLC at that time was still was not freed…or paid.

Reid said he sat there in shock as everyone around him looked at him. During the next song, Reid said he left with his tail between his legs .

Later on, after Prince found out how much TLC was paid, he stopped talking to him about it.

A few years later, they had another meeting where Prince brought him some live stuff and played it for him. After playing it, Prince looked at him and asked him what he thought. He said he didn’t like it and Prince brought up Mo Ostin (The head of Warner Bros. Records for more than half of his career with Warners) never gave his opinion on anything.

Susannah interjected saying Prince was messing with Reid. She stated that Prince sometimes would play some of his worse music for record executives  just to play with them, knowing it was bad, just to get their reaction. It was like a “I know you but you don’t know me” sort of thing he would do.

Reid seemed filled of reluctance. He called Prince the greatest performer and musician alive and who has ever lived. He said “With all respect to you know who, he is.” It seems if he had the chance to work with Prince again, he would jump at it. Sign him up. Let’s do it. Whatever bitterness he may have possessed, he knows he was wrong. If it was in the board room or how he dealt with TLC, he knows.

Touré’s discussion needs to be sold as an audio CD as it speaks more to the fan then the book does. That is no disrespect to the book at all. He is able to delve into things a little bit more when talking about it. I feel the same way. He is tremendously educated and my friend was loving his socks.

During the panel, a fan up in front made sure to correct Reid, Melvoin, and Touré  if dates or any information was wrong. Touré said it felt like they had their own stat boy like they do on the sports show “Pardon The Interruption” on ESPN.

After the discussion, Reid bolted. Maybe need some fresh chap-stick or something.

I spoke privately with Susannah about some things and offered my support in any way to fDeluxe.

I spoke with Tour’e and said that I talked with Prince last month about the book and advised that Prince said he could tell that “Tour’e really didn’t like me when we was doing the interview.”

Tour’e said “It is not that I didn’t like him. It was because he was so difficult to interview!”

We talked for a while afterwards and he really wanted to know what Prince thought of the book and if he read it.

All in all, the panel discussion was good. The title of “Who Is Prince Really” I am still not sure about it because everyone on the panel has not had interactions with him recently. There is only one person who could really tell us who he is and that is Prince. It was an interesting night and I did enjoy Melvoin’s storytelling and Reid caught me by surprise as I thought there would have been a lot of mudslinging by him.-DocFB