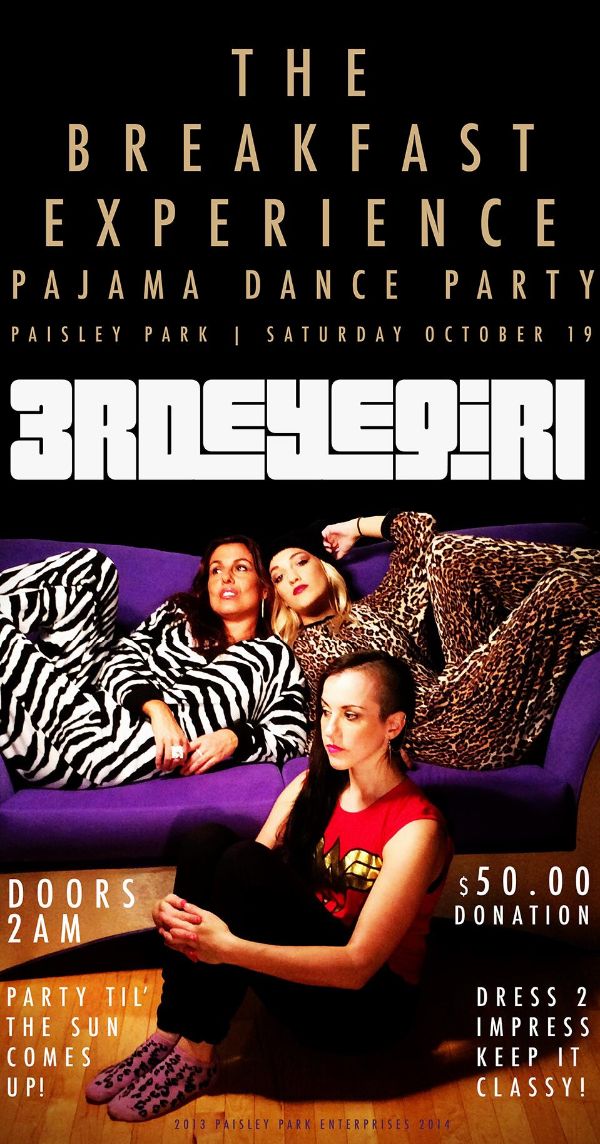 The night started as a dance party and then Dani Curiel came out to talk about the video “Breakfast Can Wait” with the choreographers in attendance with her as well. The video was played along with the behind the scenes video that was shown after like it was at Monday’s party in Hollywood. They did play at least 4 remixes from “The Breakfast Experience” remixed by Joshua Welton.

The pancakes were being sold for $1.00

Then 3RDEYEGIRL took the stage with this musician named PRINCE. You guys hear of him?

For both shows set lists and more, click here!!!!

She’s Always In My Hair

The Sweeter She Is (cover)

At the second show (Can you believe after last time, people did not stay again) PRINCE & 3RDEYEGIRL rocked the sampler set.

“Shockadelica” was played and during several songs was saying purring “Number ones) while playing “Alphabet St.” & “I Would Die 4 U” along with others according to Sara S. on our Facebook Fan Page.

So glad I stayed up late and made it to Paisley Park. Thank you @3RDEYEGIRL …and the pancakes were great #dreamcometrue #breakfastcanwait

#Prince's bass solo during encore at #paisleypark would have made Les Claypool proud. Heard he can play 40 instruments. It's probably more.

We hear the show was filmed but not sure if that matters….yet.-DocFB

P.S. if you were at show, and can fill in the set list and share your experience, please do!