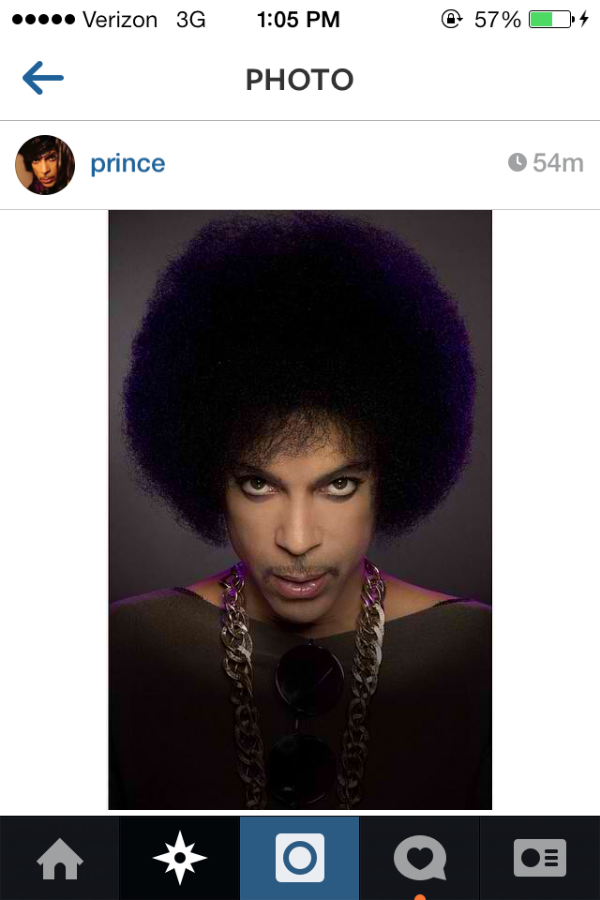 PRINCE is officially on Instagram! Or PRINCETAGRAM if you please! The account has been active for just over 24 hours and has almost 40 pictures up.

The fact that they were able to get the name PRINCE makes it somewhat official, although who really is running it? So far, there are one of a kind pictures up plus some taken by Madion Dube and Kevin Mazure.

If your remember, PRINCETAGRAM was an idea on Jimmy Fallon’s show.

The Instagram account debuted the same day as “FALLINLOVE2NITE” with Zooey Deschanel was released by EPIC. Connect the dots.

A flash mob is also planned this week for Oakland before PRINCE & 3RDEYEGIRL are set to perform in Oakland at the sold out Fox Theatre.

You can check out what and where and some dances they will do at the mob right HERE.-DocFB

Diagnosis: Fallon lost at table tennis. What was on the line was the rights to PRINCETAGRAM, which Jimmy forfeited.