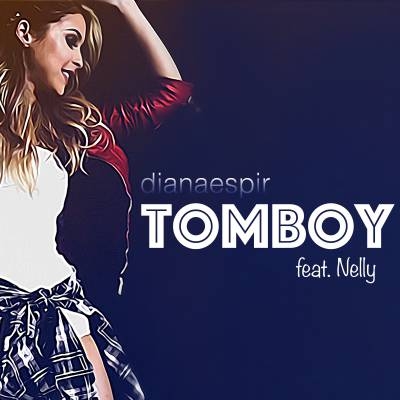 “Tomboy” features Nelly and was produced by Uriel “Frenchie” Kadouch. “It’s a playful song about a girl who likes to have a plain old good time hanging out in cars with her homeboys… it’s about me realizing that sometimes I’d rather have fun around boys.”

The former Voice France contestant started her career writing and singing ballads. At 15, she made her debut with “Je dessine mon destin” (“I Design My Own Destiny”). “My music was geared towards a younger audience,” says Diana, who, at the time, appropriately specialized in teen-oriented fare. “What I’m doing now takes my music to the next level.” While Diana’s been busily recording her latest material in some of New York City’s famed studios with her producer Uriel “Frenchie” Kadouch and prepping her music video for “Tomboy,” several projects she recently completed are bubbling in Paris, where she had been living. Her voice-over work is being used for dubbing everything from commercials to popular TV shows into French.-DocFB

Diagnosis: Diana’s myriad creative pursuits allow her many mediums for expression. However, “singing,” she says, “is my favorite thing to do, and it’s going to be what I’m doing until I can’t do it anymore.”