Posted at 05:48h in Music by drfunkenberry 3 Comments
0 Likes
Share 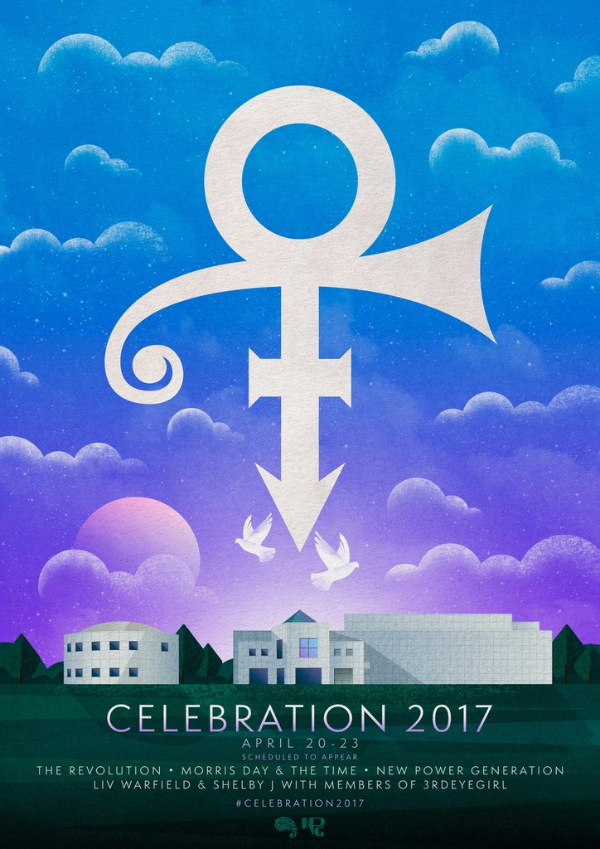 A Press Release was just sent out for Paisley Park: Celebration.

Prince’s Paisley Park in Chanhassen, Minnesota has announced dates for a four-day special event, CELEBRATION 2017, which will honor and celebrate the life and legacy of Prince, as the world marks the first anniversary of his passing. Fans worldwide are expected to attend this exclusive event, which will be held April 20 through 23, 2017 at Paisley Park, Prince’s legendary production complex. Bringing together musicians, creative personnel, special guests and friends who worked closest with Prince and knew him best, these four days will feature live music, panel discussions and presentations on Prince’s tremendous talent, influence and importance as a composer, musician, producer, live performer and filmmaker.

Four-day VIP and General Admission Passes are now available while supply lasts at the Paisley Park website, OfficialPaisleyPark.com. General Admission Passes include up to five hours of event programming each day on all four days, including access to four exclusive concert events. VIP Passes are bundled with added benefits including VIP concert seating, on-site parking, photo and autograph opportunities with special guests, exclusive merchandise and a meal pass. Individual day passes are not available at this time.
Bands scheduled to perform include The Revolution, Morris Day and The Time, and members of the New Power Generation and 3RDEYEGIRL. Programming details and additional special guests will be announced in the coming weeks. For the latest updates on the event lineup and special guest announcements, visit OfficialPaisleyPark.com and sign up for the email updates from Paisley Park.

Celebration 2017 will reflect the spirit of the inaugural Prince: A Celebration event, hosted by Prince and held at Paisley Park between June 7-13th, 2000. This event welcomed fans from around the world into an immersive Prince experience that showcased Paisley Park, many of Prince’s rarely seen stage wardrobe and instruments, alongside special events and exclusive music performances. In subsequent years, Prince hosted similar immersive fan experiences, first in 2001 with Prince: A Celebration “The Rainbow Children” and in 2002 with Xenophobia. Celebration 2017 will carry on in this spirit of community and connection, welcoming Prince fans from everywhere into a truly unique and celebratory experience that will highlight the life, unique achievements and enduring legacy of Prince Rogers Nelson.

Fans interested to attend are encouraged to purchase tickets now as supply is limited.