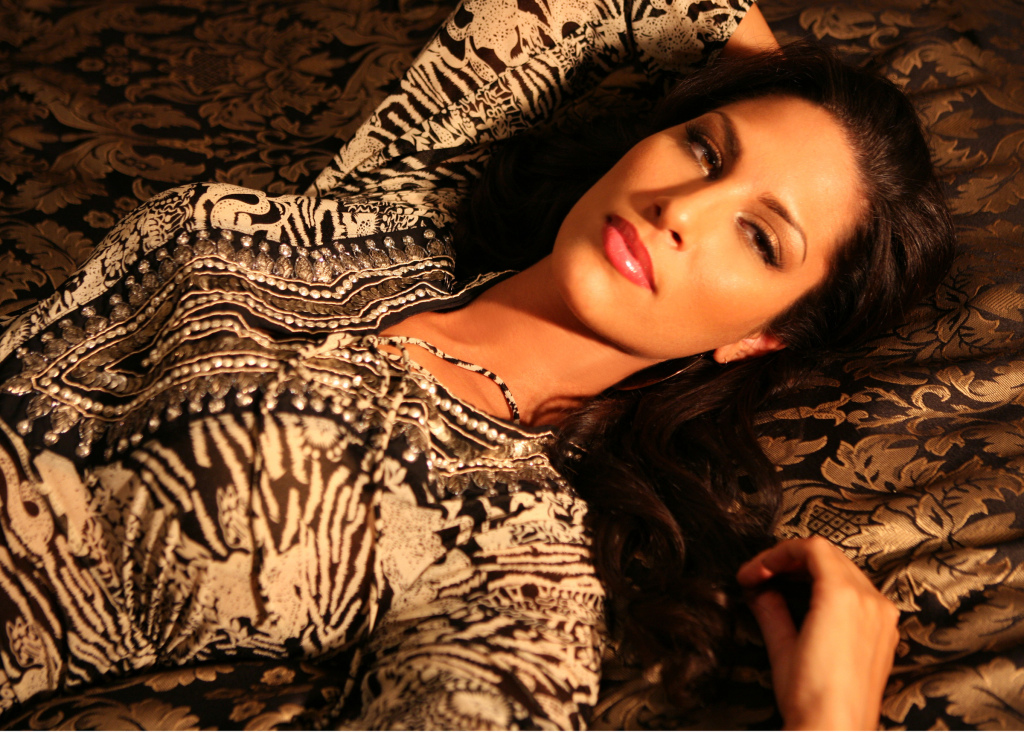 Another new Prince project brings another Prince protege. This time, you are getting Bria Valente’s Elixer whether you want it or not. So let’s dive right in shall we?

The first word you hear is “Anticipation” and you do wonder if she is talking about her own debut or the lover she wants to take a shower over.  The breathy vixen is here, oh, and here she comes.

It is an OK track that I wouldn’t ask to change if it came over the radio n seems like it would fit in on a rainy day mix cd.

Where have I heard this before?  I heard it somewhere I just don’t know where.

Just what am I gonna do with all this love?  In all honesty, I just don’t know because it’s not working to her best advantages. It’s a lil pop groove that would be better served to an A/C station.

This is a track that premiered as a snippet last April right here on this web site. It is not at all what I expected and more up tempo than I thought it would be.

This is a song that will need a car with a good pair of speakers to enjoy.  Otherwise, you might just hit the forward button to the next track.

4. Something You Already Know

The breathy voice returns. She woke up this morning with the sweet aftertaste of loving you.  Well, hey now!

Um, in all honesty, I did not know that.

She asks her lover later to taste the rainbow and something tells me she is not talking about skittles.

This one features string arrangements by Claire Fisher and is the lead-off single with a video directed by Chris Robinson.  It’s nice but does it catch your attention?  Love the strings and she looks pretty in the video but does it have my ear? It’s missing something that Elixer has later on.

This one might be a grower on me but not sure yet. It may be the video, but I could imagine this coming over a beach resort stereo while catching some rays.

2nite is a dance song with an upbeat tempo that mentions many formats within the song but stands out and stays in the dance format.  Don’t try to call her shortie or be a brokeback buster if trying to pick her up because she is just not looking for that tonight.  From the male perspective, not so sure I am digging this song too much.

Released to I-Tunes and serviced to L.A. radio only last year, the breathy voice returns proclaiming Minneapolis style. I like the song, it’s cool. Just laid back and not trying to be anything it is not.  She is just professing to her lover there will never be another boy for her now that she has found him.

This was a leftover from his last protege Tamar Davis’s unreleased CD. It wasn’t a stand out when Tamar saying it and not when Bria does it either.  It’s a good song but nothing spectacular.  It suits either fine and that is a compliment within itself.

The voice is backed by a piano-keyboard taking you to a place where time has no meaning. Comparing inhibitions to bee stings.  It’s not bad but it is not infectious either.

The naughty lil Prince returns with his playfulness and it rubs all over Bria musically and in other ways.  This is what we expect from a Prince track; to not sound like something else and Elixer delivers.

Again, easily my favorite track and Prince’s vocals on duets always bring out the best of his female singers and this is no exception.

The title cut ends the album on a very high note and you wish the passion that Bria has in this track carried over to all her material but it hasn’t.  Perhaps if the breathy voice and the oooh wee babies are used more in the future, we may not write her off so quickly.  Plain and simple, make a video for Elixer and have it be as sexy as the song is, and we may just have something here.