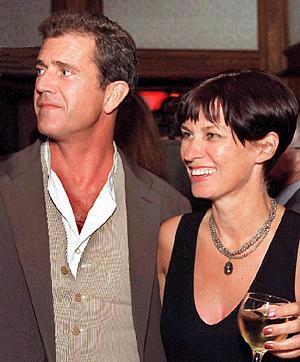 Mel Gibson’s wife filed for divorce from her husband, the day before Good Friday.  Wonder what made her do it on that day?  Perhaps it was The Passion Of The Christ?

Although papers were filed last Thursday, Mel Gibson responded stating they have been separated since late August, 2006, a month after his racial tirade and DUI arrest in July 2006.

Now, when you think of all the things Mel has done since 2006, the weird beard look, offering help to Britney Spears and having meetings with her and many other things we thought his wife was cool with, she actually was not even around.

We are told there is no pre-nup and in 2006, Mel’s empire was estimated at $900 Million dollars.  So we are talking about a cool $450 Million that Robyn could end up with.

They have 7 children together, the only one under 18 is 10 years old.  So far, this does not look like it will be a knockout dropout divorce fight, but you never know in Hollywood.-Dr.FB