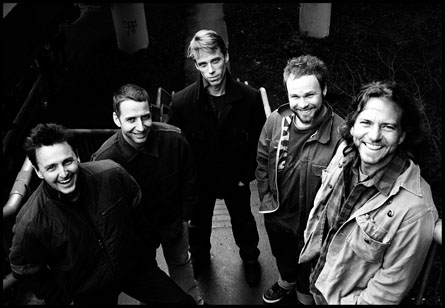 Pearl Jam is getting set to tour, release a new album and make a film with Cameron Crowe.

Pearl Jam is lining up U.S. concert dates for the second half of the year, including the Outside Lands Music & Arts Festival in San Francisco.

Along with Dave Matthews Band and the Beastie Boys, the group will headline the festival’s second edition, scheduled for August 28-30 at Golden Gate Park.

Pearl Jam also has completed 14 songs for a new album and is working on a film with director Cameron Crowe, guitarist Mike McCready said in a recent radio interview.

Very cool I must say.-Dr.FB