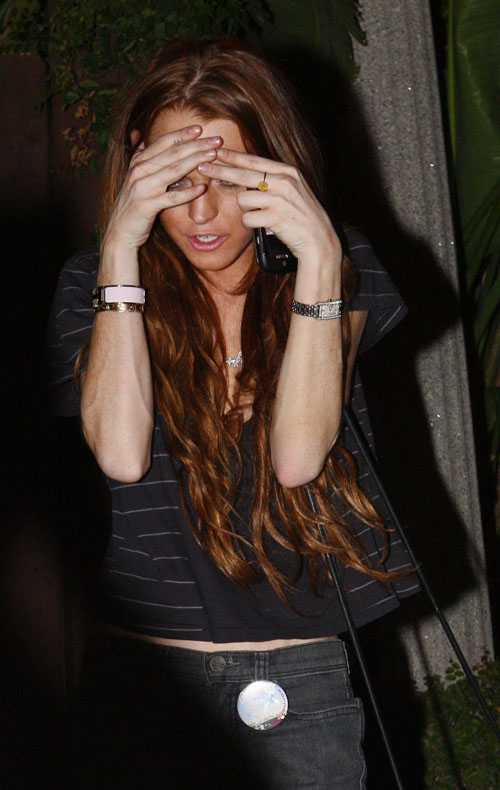 Lindsay Lohan Out At The Club. Again. Photo: INFDaily.com

Lindsay Lohan was out at the L.A. Club’s last night, looking like she did not want to be shot by the paps.

You don’t want to be shot by the paps, you don’t get shot by the paps.  Simple as that.  Should you really be at the club anyway as right now, everyone thinks you are a train wreck?

Some people are saying Lindsay is back to drinking and drugs and although one of our spies says they say her drinking, they did not see any drugs in site.

Interesting note though, she was flirting with a boy most of the night and did exchange numbers.  Wonder if the boy was wearing a t-shirt and a fedora hat.  Just wondering what kind of guy Lindsay Slowhands Lohan dates after Samantha Ronson is all.-Dr.FB