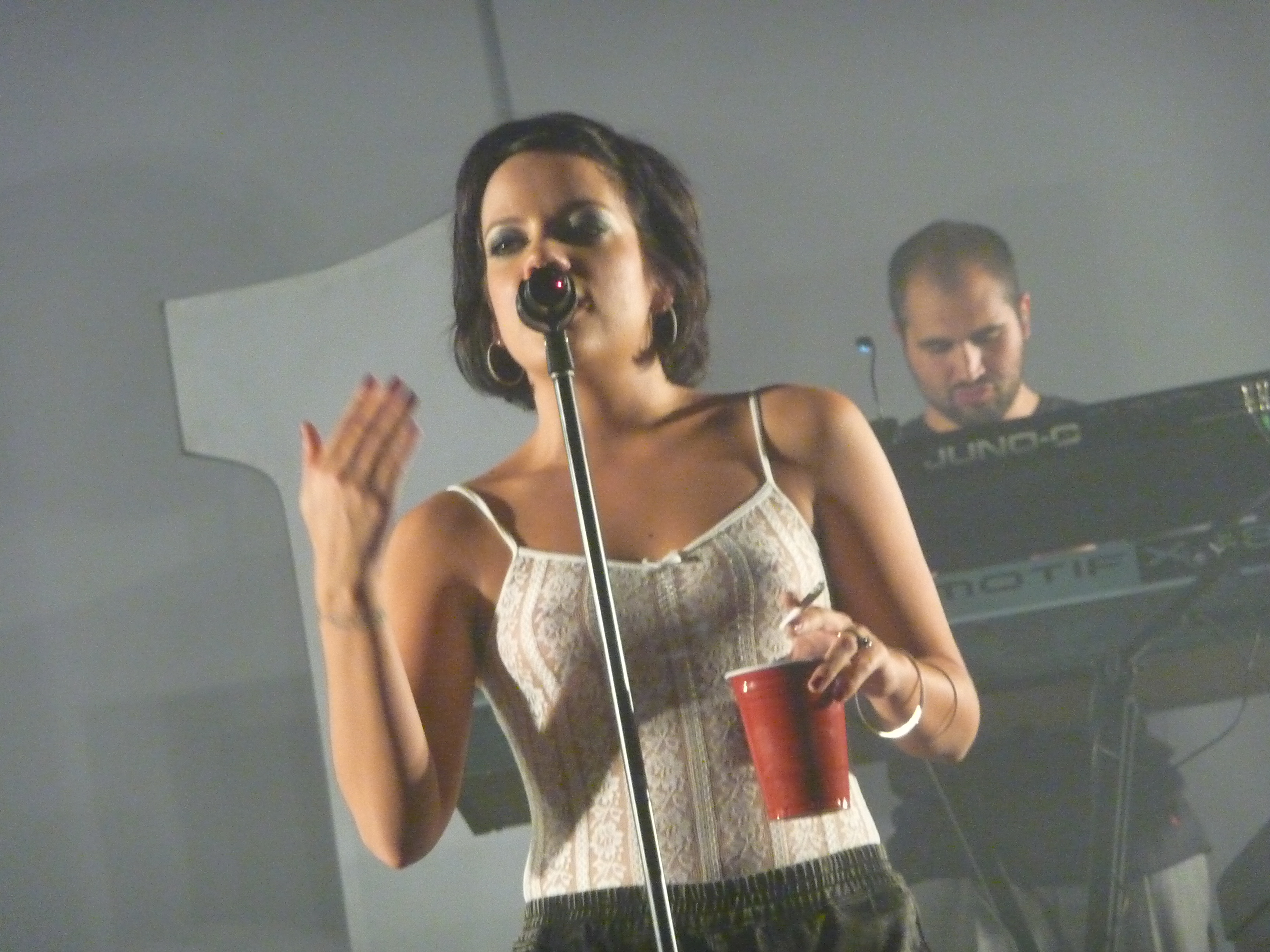 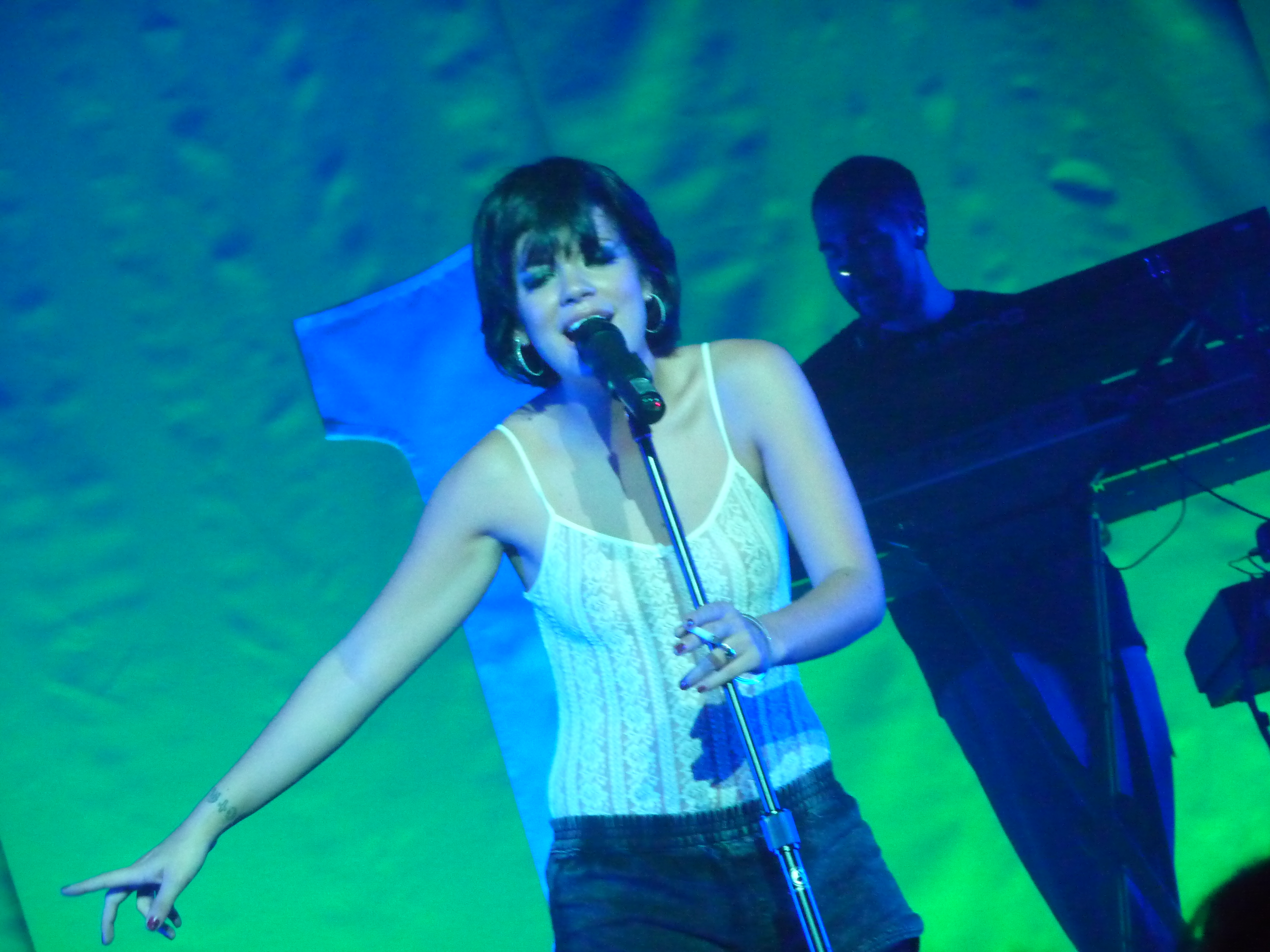 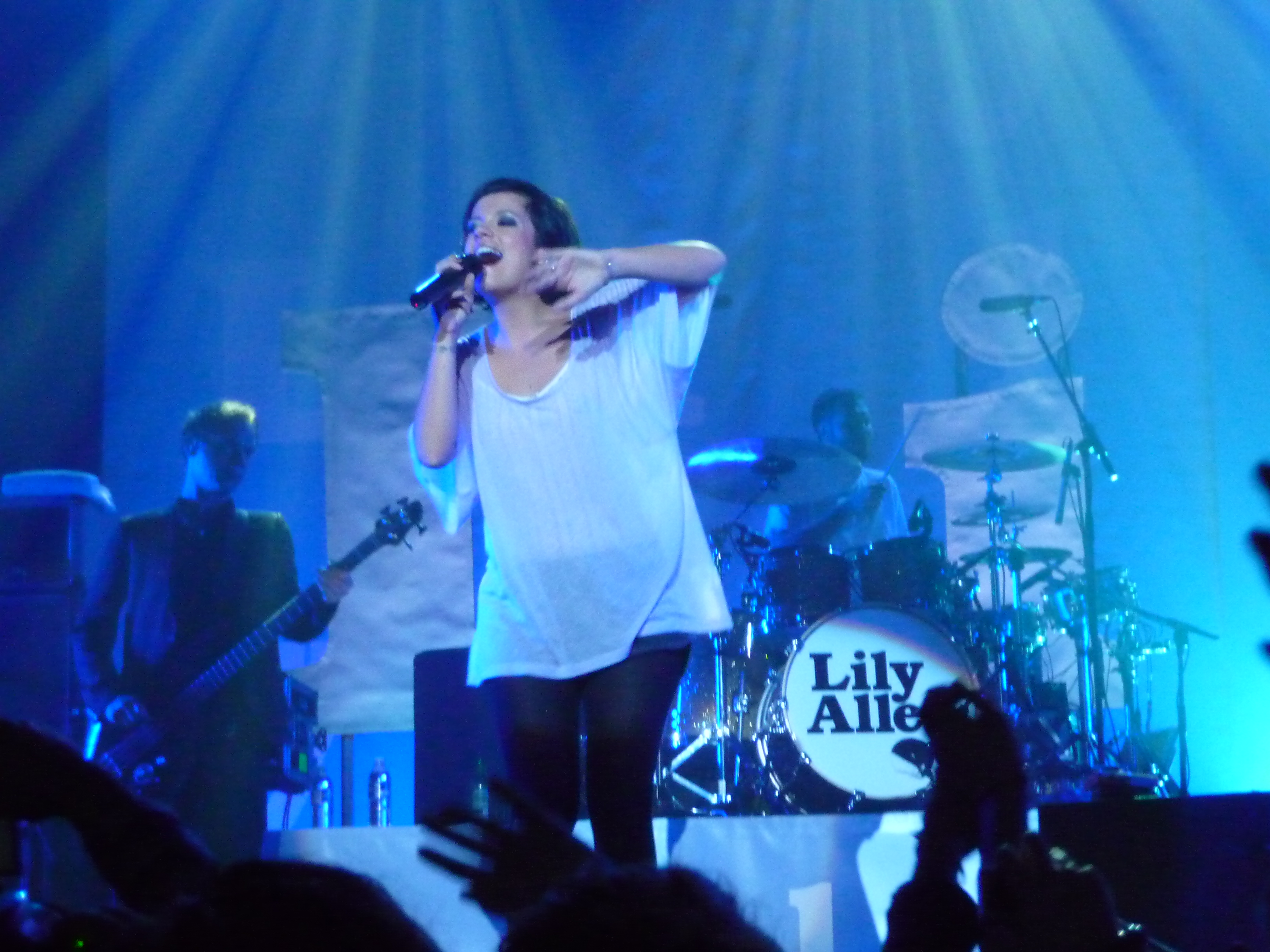 You know you are in for a fun night when you find out the opening act is called “Natalie Portman’s shaved head.”  They had a Scissor Sisters meets MGMT kind of sound.

After only having read reviews of Lily Allen’s shows and seeing that she does everything from accosting fans to just being a drunken mess, she celebrated 420 with the sold out show at New York’s Roseland Ballroom.

She played selections from her albums “alright, still” and “it’s not me, it’s you.” Whilst she was drinking white wine and chain smoking throughout the show, she was very well behaved.  Her banter in between songs encouraged the crowd to get high, to party like it’s Friday night and she even had a cheesecake eating contest, where the lucky winner won another piece of cheese cake!

The audience was loving every moment and the place exploded when she closed the show with a sing-a-long of her song “F**K You” and  her cover of Britney Spears’ “Womanizer”  A night to remember for sure, or was it just my imagination?

Thanks to GED for sending that into us.  Great photos too.  Looks like Miss Allen was on her best behavior. We like her as a mess though truth be told.-Dr.FB