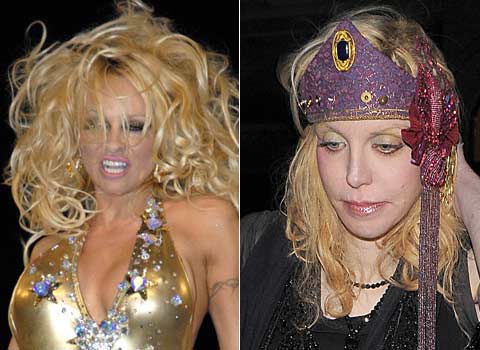 Weren’t these two friends?  Courtney Love is calling out Pamela Anderson saying she is flat broke.

Doesn’t Pamela live in Malibu Courtney?  “Yes, but she lives in Paradise Cove which is a trailer park in Malibu.”  Didn’t Pamela make millions off her recent book?  We hear that is kind of true and she does pick up guys there a lot.

So far, Pamela has not responded to the charges made by so called friend Courtney.  We waiting for a rant from Courtney about this on her myspace page.-Dr.FB