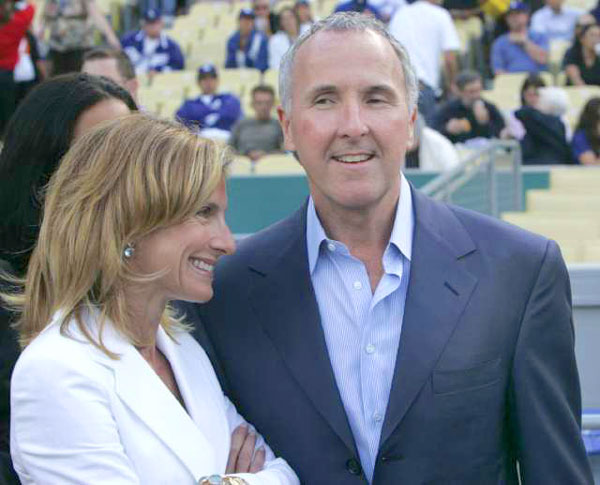 As the Dodgers go into the 2nd round of the playoffs, the owners are about to go into a battle that could be just as hard. Frank & Jamie McCourt confirmed they are separating.

This has been brewing for a while but this is rather bad timing. Now, some focus will be put on this and people are questioning if this would be a distraction to Dodgers going against the Phillies. I don’t think it will.  Do players really go “oh man, my owner may be getting divorced. That may make it hard for me to hit the ball?” No, they don’t.

On a side note, Cleveland Brown quarterback for a hot minute Brady Quinn has put his home up in the area, causing speculation he will be traded. I am sure he got the heads up that they were making that decision and that is why he put it up for sale. Rumored teams interested are the Carolina Panthers & the Oakland Raiders. Ouch!

There have also been rumors about Terrell Owens getting traded to Chicago. I would take him back in Dallas. I think he has learned his lesson to keep his mouth shut in the locker room and the field and speak on your reality show only. Dallas is 3-2 without T.O. although the 3 victories are over teams that have a combined win total of 1. Buffalo I believe is 1-4 with T.O.-Dr.FB