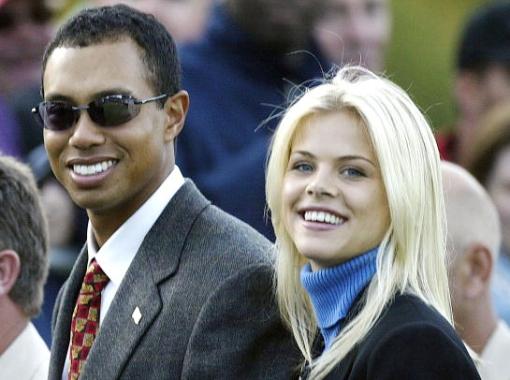 Wow.  I am somewhat surprised by this but perhaps time away from Tiger has her thinking again.  Also, maybe it was that Nike commercial.

Elin did not like that Nike commercial….well if you believe “the source” saying she doesn’t like it.

Here is more of what “the source” has to say:

“Elin was violently angry over this commercial and thought it was a cheesy thing to do. She wouldn’t have gone near the Masters under any condition, but that just made her madder. She is over Tiger. I wouldn’t be surprised if she files for divorce sometime soon.”

“She’s so far beyond hurt now. If she were angry or if she hated him, they might still have a chance to work it out. But she’s beyond that. She’s numb. She just doesn’t care anymore. She’s like, ‘Whatever.’ Elin’s not the type to get all weepy or have pity parties for herself. She mourned the loss of this marriage, and now she’s moving on. It’s the only thing she can do.”

Who would think; your husband can cheat on you with more ho’s than a golf course has holes and it’s cool, but heaven forbid he uses his late father’s voice in a commercial, or else it’s divorce city.

Straight up; divorce him for not being able to keep his 9 iron in his pants, not for a stupid commercial.-Dr.FB