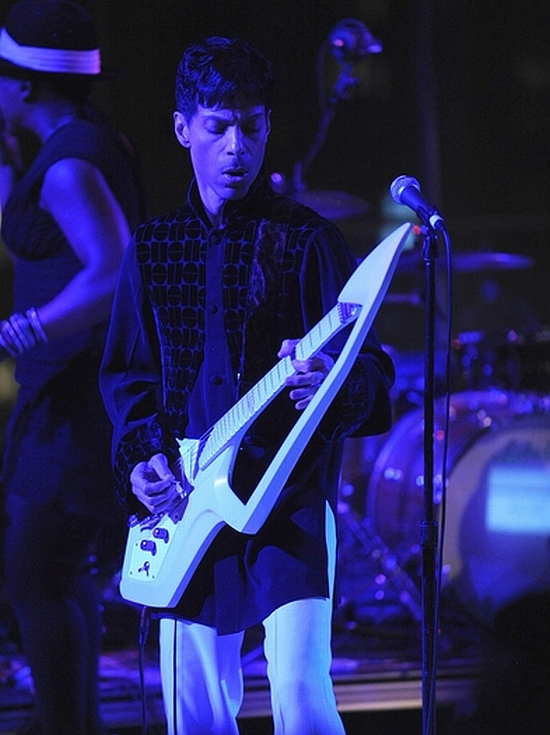 Prince played the Time 100 event last night in New York and then headed over to the Villiage Underground to do an impromptu 45 minute set.

Prince was rehearsing at the Villiage Underground earlier in the day we are being told and Prince most likely played their tonight to thank them for letting them rehearse there.

The ENTIRE after show was streamed online at Thevillageunderground.com and Prince must have had some idea he was being filmed by them and with all the camera phones in the audience as he played a majority of the show with his back to the crowd.

Prince is rocking a shorter ‘do nowadays and ran thru a set that we heard consisted of “I Feel 4 U” and “Controversy” along with a few songs by his 8 piece band.

This was totally unannounced and no extra money was made by Villiage Underground even though the baddest man on the planet was rocking their stage.

The Time gala event earlier in the night featured a short set by Prince and the band with Shelby J. singing “Angel” a cover tune by Sarah McLachlan. We will keep you updated if we hear and see more.-Dr.FB

P.S. below is a video sent in by pelicankiss of a new guitarist in Prince’s band, Quinton Dean, and I am adding it to this story.  Thank you PK. 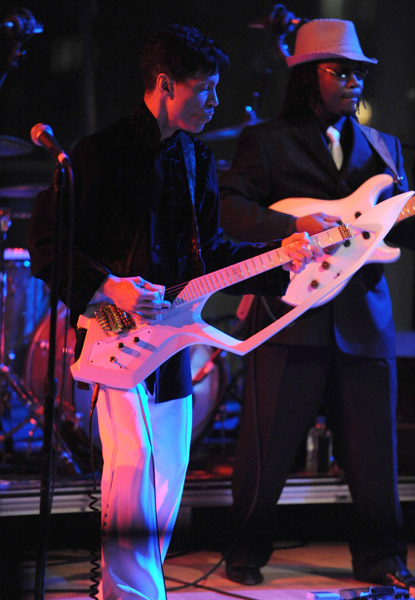 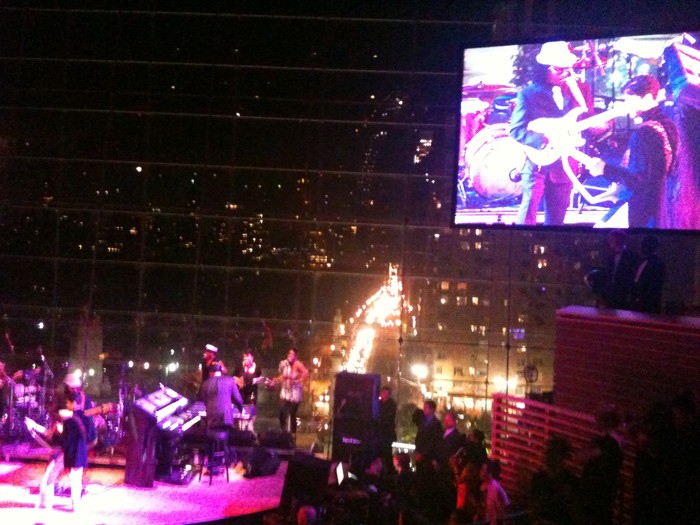 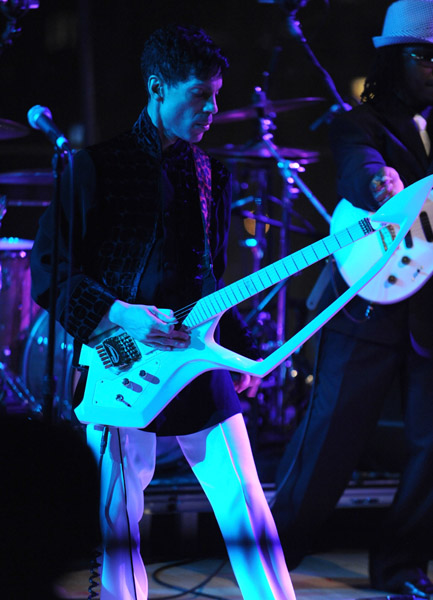