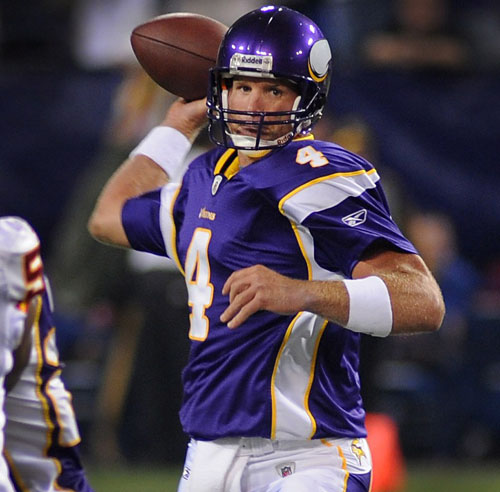 Seems we may have got suckered in……again.

So after reports of Favre retiring and texting certain teammates “This Is It” it seems Favre may not be retiring.  Nope.  He was just telling people he was seeing Michael Jackson’s “This Is It” and people got confused.

The official word is that Favre nor the Vikings have confirmed Brett Favre is retiring.

It comes off to me that Favre wanted people to talk about him.  Let him know he is wanted.  The Vikings are offering Favre more money and letting Favre know he is seriously wanted.

The ploy worked.  Everyone is talking about Favre on sports radio.  Favre is one of the top 5 quarterbacks of all time.  No question about it.  The Vikings were one game away from the Super Bowl with Favre in place.

Do you guys even care anymore?-Dr.FB

Brett Favre, Michael Jackson, Minnesota Vikings, Not Retiring, Retires, This Is It