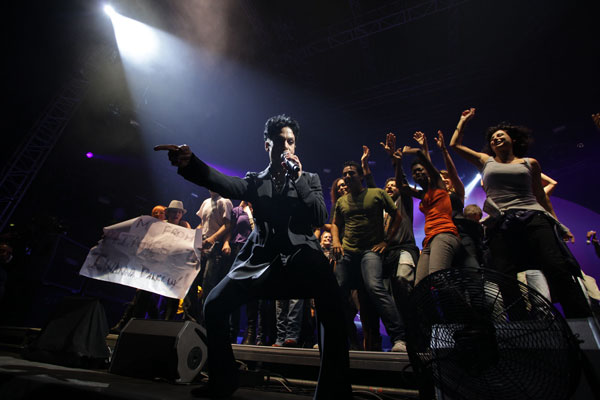 On the heels of a show being cancelled at the Izod Center for a “scheduling” conflict, PRINCE has added another date to his sold out stint at Madison Square Garden.

On January 18th, the funkateer himself will be playing MSG.  Tickets for the concert event will go on sale Friday, December 10th.

As the shows in New York and New Jersey grow closer, the Doc is having a feeling he made a wrong decision not planning to go.  All that funk and all those berrys with no Dr.?  Big mistake.  Huge.

Don’t be like me.  The hottest ticket in New York and New Jersey is PRINCE in December.  It also looks it will be staying that way til January.

It might be rather chilly in New York right now but we know PRINCE will be warming it up with some funk, so make sure to get your tickets for the January 18th show……oh yea…and for that funk…..don’t forget your foot spray!-Dr.FB