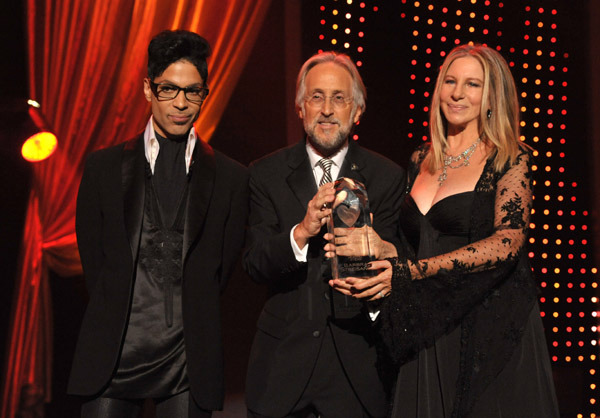 When you think of Prince, you don’t really think of Barbra Streisand.  But at last night’s MusiCares event where she was getting an award, it was none other than the “Purple One” giving her the award.  Butta!

Prince introduced her with one line…and seriously….after the performers and others talking about Striesand, one line is all you needed because you knew Barbra was gonna talk girl!

Before Prince landed in L.A. this weekend, and before kicking Kim Kardashian off his stage for not dancing, Prince was very charitable.  He gave $1 million dollars to the Harlem Children Zone, $250,000 to The Uptown Dance Academy and another $250,000 to The American Ballet Theatre.

Prince is in town for the grammys and then some.

We here rumblings of Prince doing some shows in Los Angeles and wonder if like last time it will be for celebs eyes only or will the public lay witness to the funk man?  All we can say is that is like earthquakes in L.A.; it is going to happen, we just don’t know when.-Dr.FB 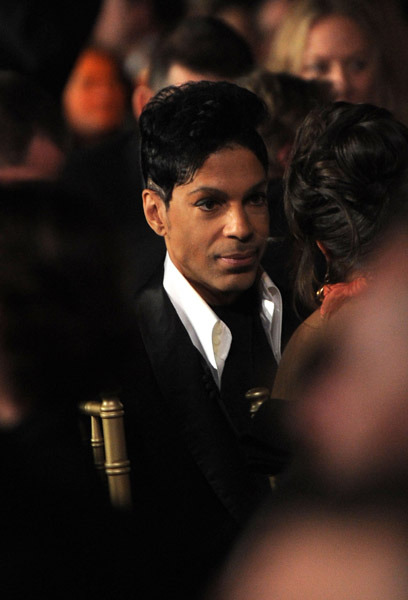