13 Apr The Obama’s Will Do Final Interview With Oprah 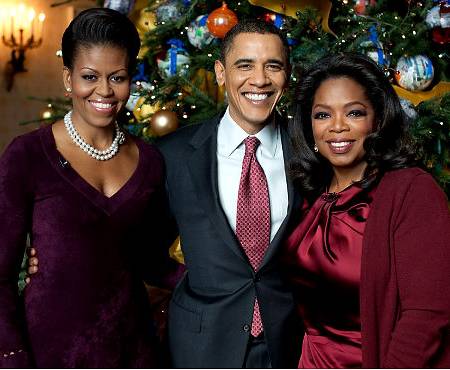 President Barack Obama & Michelle Obama will do a final interview with Oprah Winfrey on her 20 year plus groundbreaking talk show, simply titled “Oprah” if you haven’t heard.

The interview will take place April 27th in Chicago at Oprah’s studios, Harpo, which is Oprah spelled backwards.  You don’t want us to spell Funkenberry backwards.

The show will air May 2nd.  Oprah announced last year that this would be her last season and will end the show next month.-Dr.FB

Diagnosis:  Should Be Enough To Give Him 2012 Election