07 Sep Its Official: Eddie Murphy Will Host The Oscars 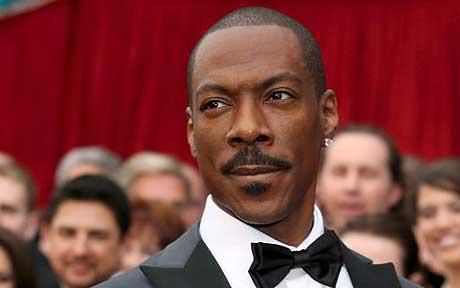 Will Eddie Murphy open with “Party All The Time” at the Oscars?

We don’t think he will but it seems although months away, the Oscars are going to be a party as it was officially announced that Eddie Murphy will be your host for the Academy Awards in 2012.

Producer Brett Ratner along with co-producer Don Mischer promise that Eddie will provide memorable and entertaining night as the host.

“I have never seen him not kill it when he does comedy,” says Ratner. “There is no other way.”

Brett was expecting Eddie to turn it down but to his surprise, Eddie said yes.

“I was like, what? Are you kidding?” says Ratner. “I was completely shocked.”

This is not the 80’s.  Eddie is safer pick than people think.  He has done a lot of family and kid movies over the past decade.  Plus that Eddie Murphy laugh should be entertaining.  It beats James Franco is he high or isn’t he stuff from this year.  Anne Hathaway can do no wrong though.

It is a good and surprising choice.  We will have to see if it was an entertaining choice next year.-Dr.FB

Diagnosis:  My Girl Wants To……