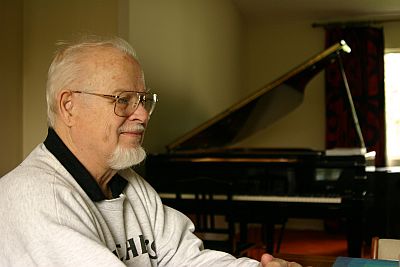 Legendary composer Clare Fischer who has worked with Prince, Paul McCartney, Celine Dion, Tori Amos, Chaka Khan, and Robert Palmer, has died at the age of 83.

His official web site has been updated with his passing.

Clare released his first recording in 1962 and during that time would make arrangements for artists such as Sergio Mendes.  In the 70’s, he formed a latin band called “Salsa Picante,” and won a Grammy as part of that group in 1981.  That followed with working with The Jacksons, Debarge, and Atlantic Star.

In 1985, Fischer started working with music icon Prince on his “Parade” record.  he also worked on Prince’s “Pink Cashmere” “The One” and “Goodbye”.  Clair and Prince continued to work together as recently as Prince’s “Te Amo Corazon” released on his number 1 album “3121” recorded in 2005.  Prince heard of his writing through Rufus and Chaka Khan whose drummer was Clair’s nephew.

Interestingly enough, although Prince and Clare worked with each other for over 30 years, they never met.

“I never met Prince and I was informed by people who had been with him when asked about meeting me that he said “I don’t want to meet him.”  It’s going just fine as it is.”

Clare felt the reason that him and Prince worked together for so long is because they hadn’t met personally.

We have contacted Prince’s people regarding a comment about Clare’s passing but have not heard anything back yet.  Prince had this to say about Clare a few years ago for his work on “Parade”;

Clare Fischer’s talent and compositions will be heard for generations to come.  How would Clare wish to be remembered?

Diagnosis:  Sometimes It Snows In April……