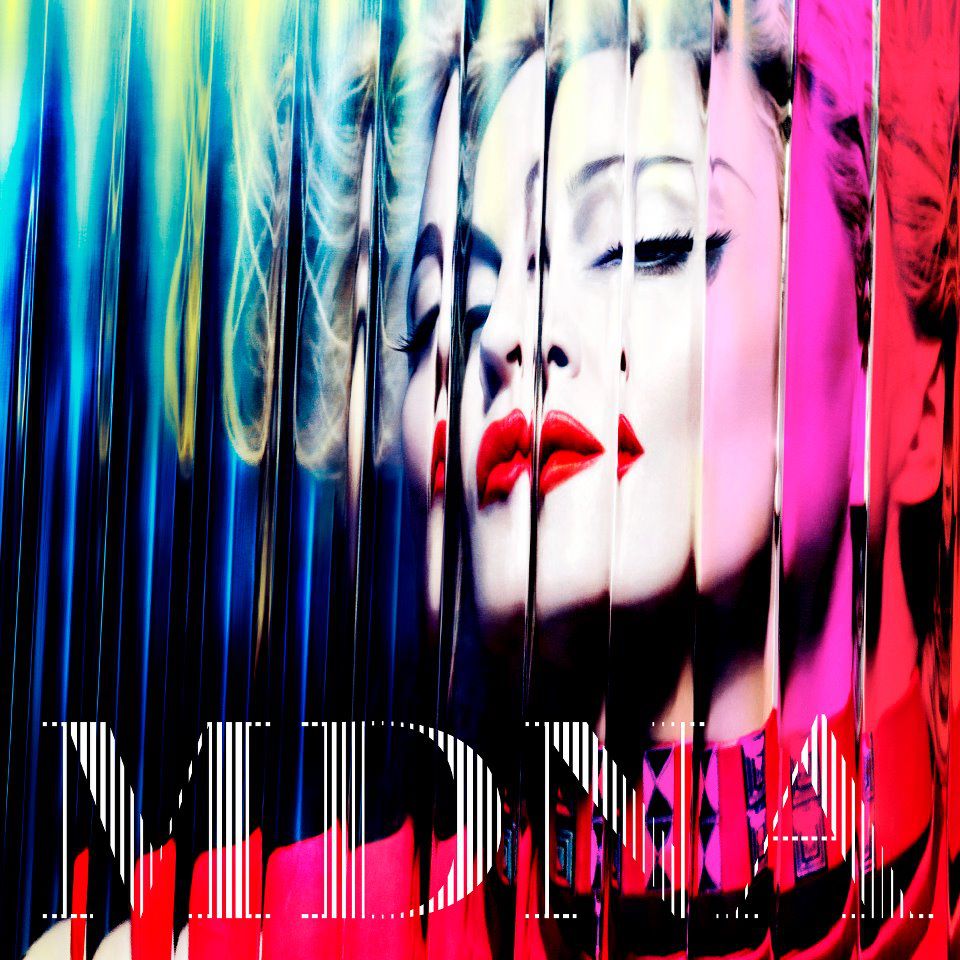 Madonna released the cover for her new CD MDNA (For the full cover, press on the picture.) just days before her Super Bowl halftime show.

The CD MDNA will be out on March 26th.

It was also confirmed that Madonna’s first single would be “Give Me All Your Luvin’ featuring Nicki Minaj and M.I.A.  The video for the song will debut on Friday and we can almost guarantee that all 3 of them will be performing it at the Super Bowl on Sunday.

She also appeared on Jay Leno talking about having to do the Super Bowl is the most “nerve wracking thing she has ever done”…..

Check out the interview before.

Are you looking forward to Madonna’s Super Bowl Performance?-DocFB