15 Aug Exclusive!?!? Nicole Sherzinger Rocks Out With PRINCE….On Her Shirt 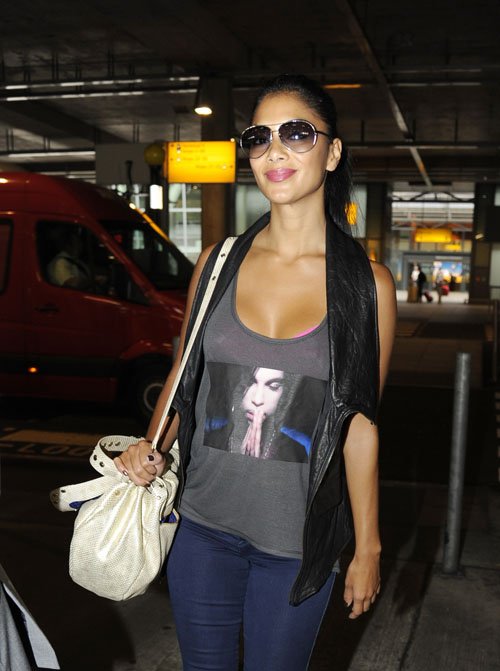 Nicole Sherzinger had a long flight from Los Angeles (LAX) to London (Heathrow Airport)and usually when the Doc has long flights, he rocks out to some Prince….on his Ipod. Nicole preferred to keep it cool and comfy…..wearing Prince.

Nicole is in London for “X Factor”…not the US version but the UK version where Simon Cowell has found a place for her. 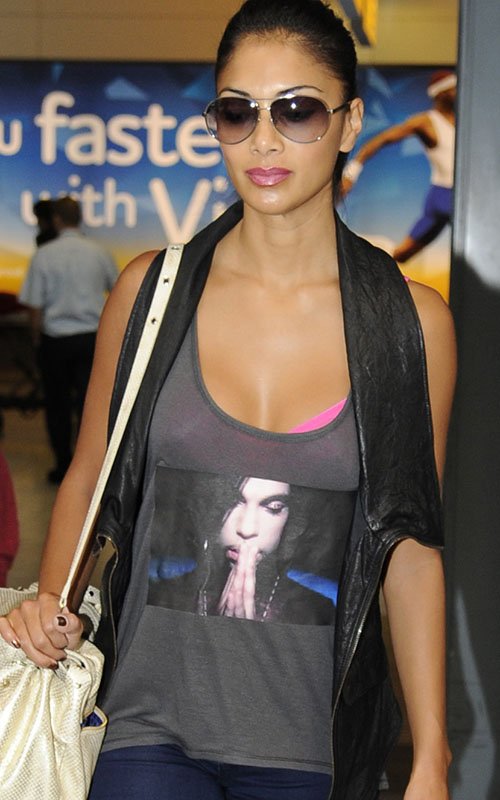 We assume the Prince shirt is self-made….but it would be cool if there were some Prince shirts to buy online. We know some 7,000 females who would be buying one or 3.

The image is from Prince “The Greatest Romance Ever Sold” video and we have posted it below for your enjoyment. (Hmm. Searches Youtube. Video is not there. Shocker.) Well, for your enjoyment, here is Conan not being able to take his eyes off of Nicole’s……..breasts.