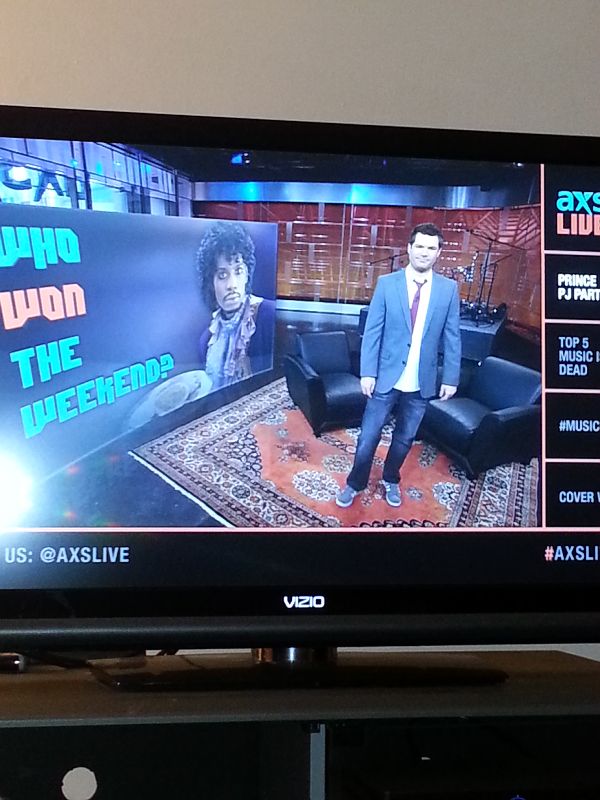 AXS Live played the “Let’s Go Crazy Reloaded” video clip with the story and was nice to see on my TV to be honest.

They made sure to mention that pancakes were served and Ryan was impressed that Dave Chappelle wasn’t lying about getting pancakes if you go to PRINCE’s house!-DocFB

Diagnosis: AXS LIVE, Ryan Stout, and Marc Cuban, care to come to the Park and play? U know who to contact…..