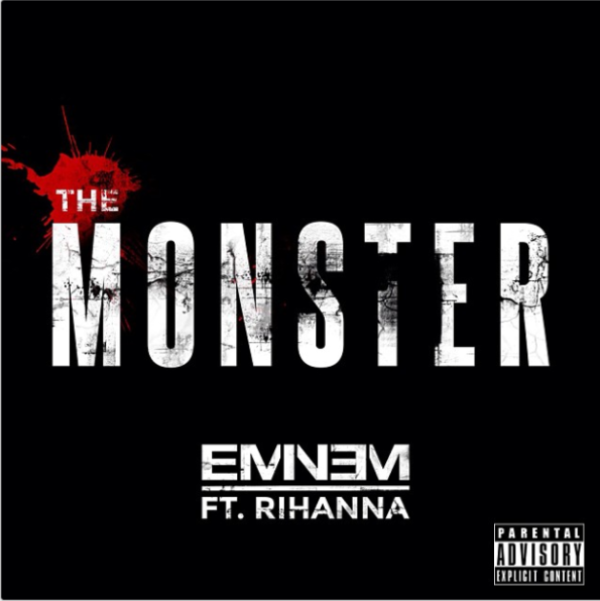 EMINEM has just released the video for “Monster” featuring Rihanna.

Eminem appears to be going through his greatest hits showing him performing with Elton John and then recreates his “My Name Is” video where he is in a straight jacket with Dr. Dre looking over him again.

Em then goes back to 8 Mile to “Lose Yourself” and this time the music is not in the moment.

The next flashback sees him performing at the Grammy’s with Elton John, using highlights from the actual show interjected with someone as Elton John when they hug. I know someone will say that is Elton now but it is not.

Diagnosis: Great video. Makes us like the song more than we did.