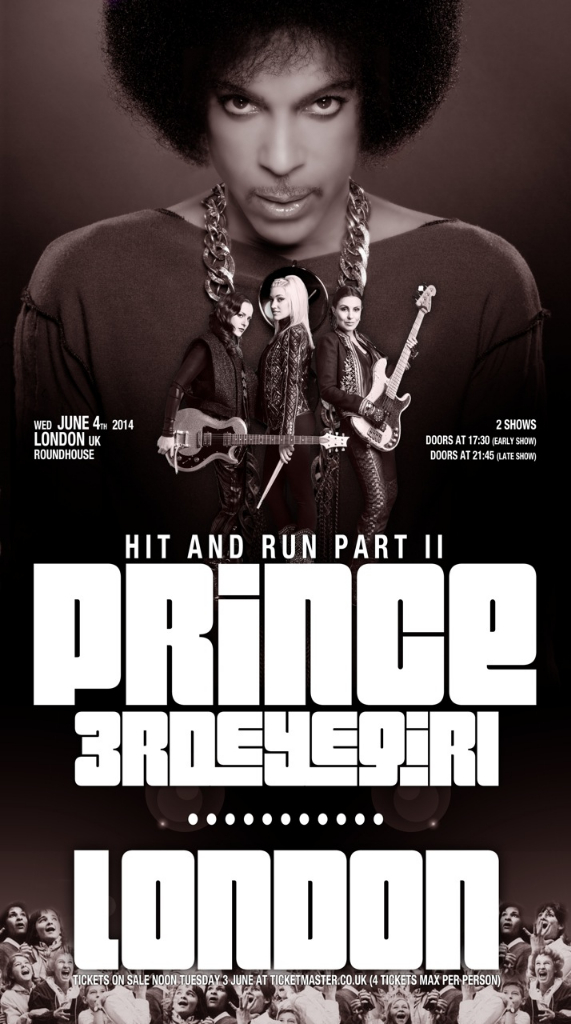 The long awaited London shows have been announced for PRINCE & 3RDEYEGIRL! We told you when the Hit & Run Part II started there would be London shows but it seems we were doubted. Well…doubt no more!

On June 4th, 3RDEYEGIRL will take the stage at the London Roundhouse 2 times that night.

Diagnosis: If you are in London, be there….or else you could end up like our friend below…